What's in the box?

Back to last Saturday and a visit with Tex and the Grands. (I should explain. Daughter's nickname is Tex but is not related to TexWisGirl. Daughter merely grew up in Texas, so up here in middle-of-nowhere Illinois, she is often referred to as Tex) Anyway, back to my story... 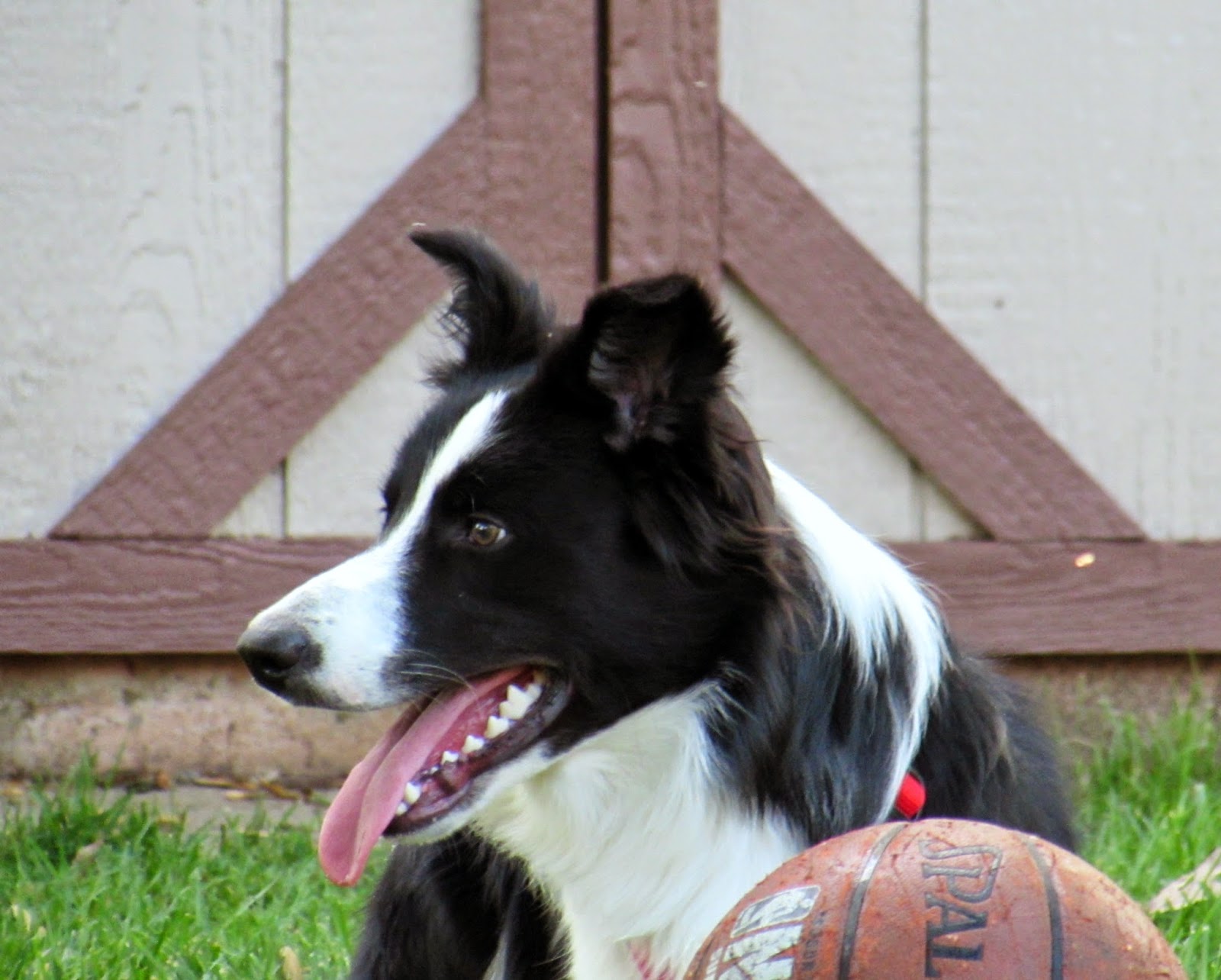 Fergus was in the back yard playing with his best friend and my youngest grandson, LL. 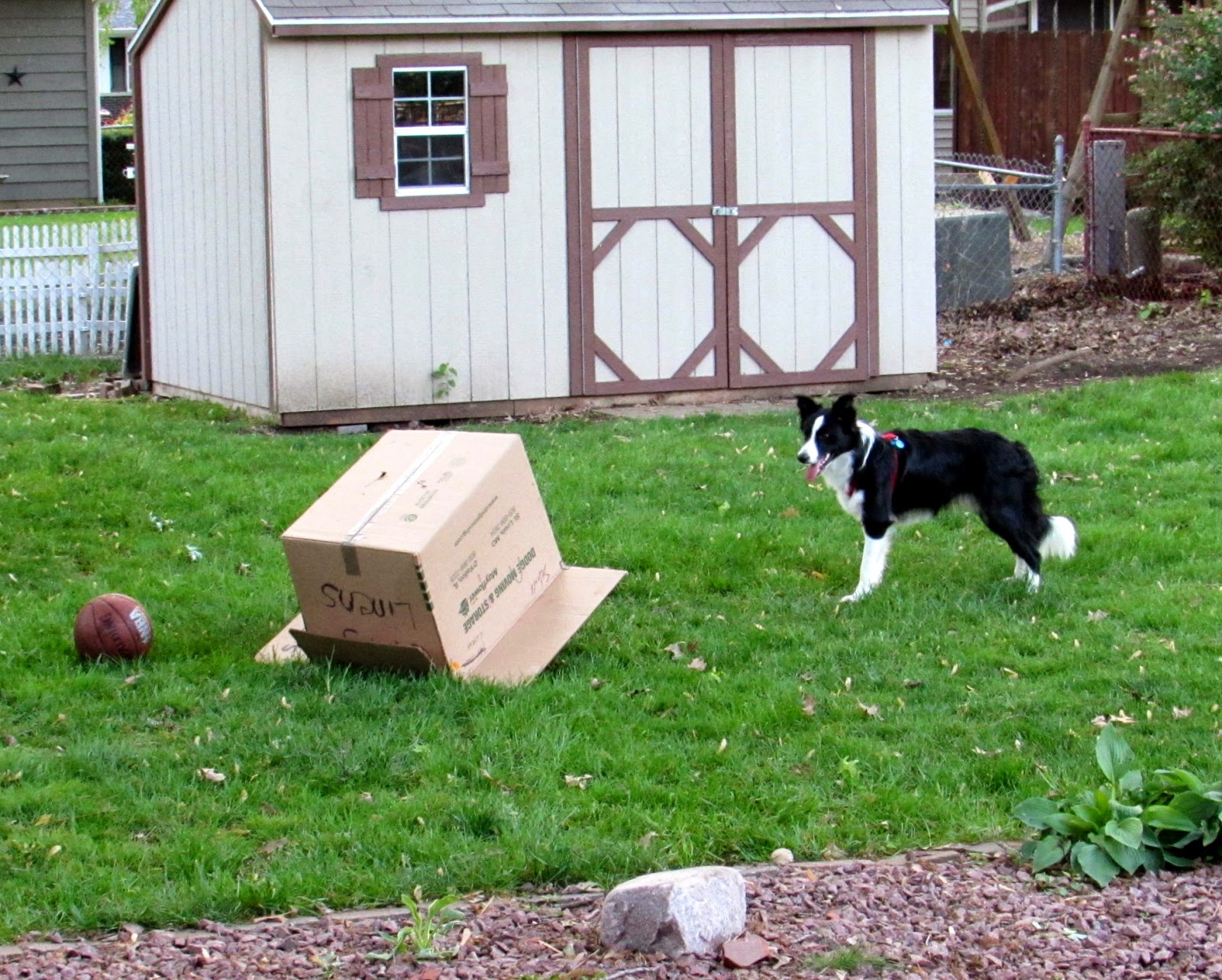 When suddenly Fergus saw a box, slowly moving across the grass toward him. Oh my! What could it be? 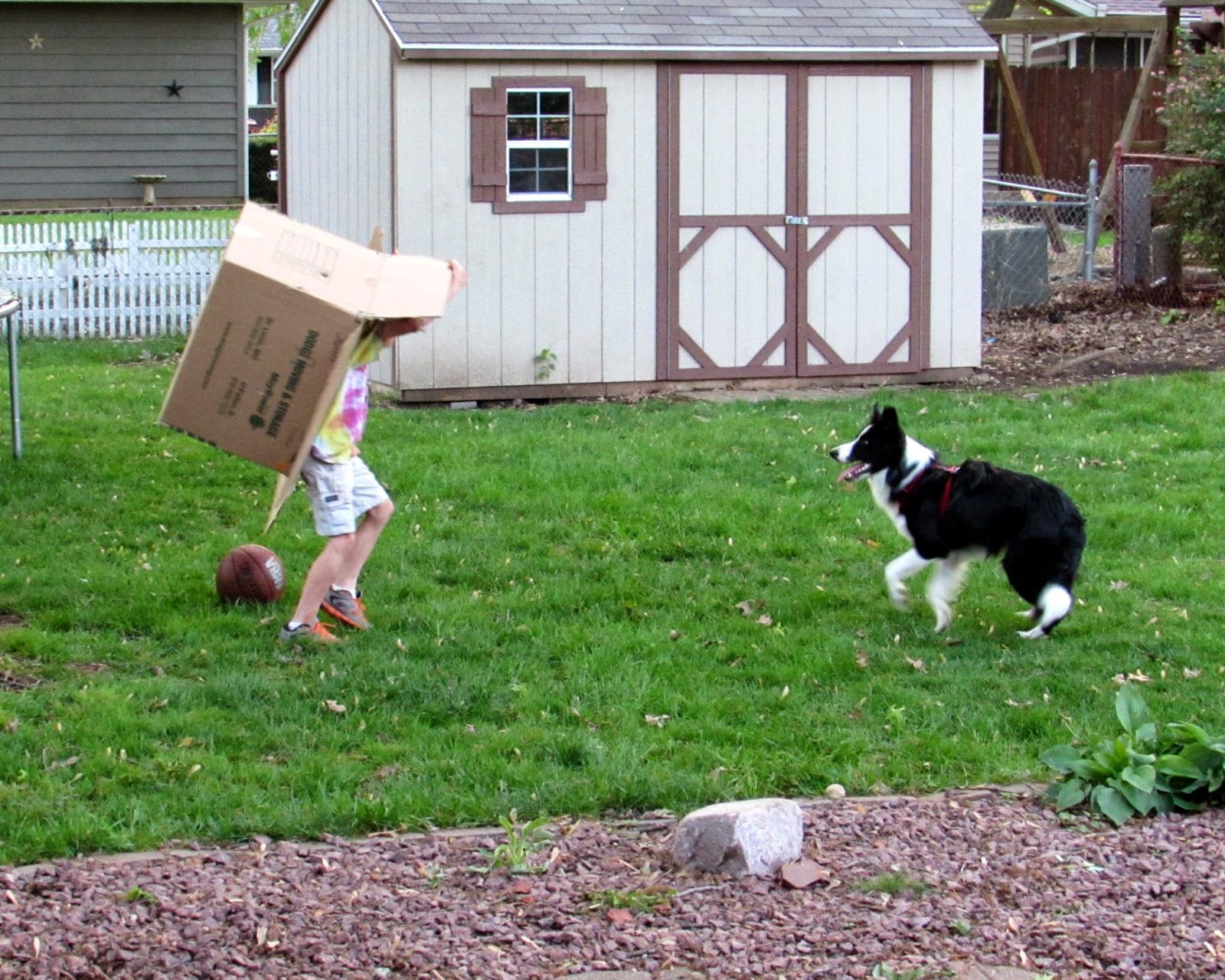 Oh, it was only LL trying to confuse the Ferg. LL and Fergus were running, chasing each other, playing catch with the basketball—basically having a ton of fun—when a fierce chattering began high up a tree in the neighbor's back yard. 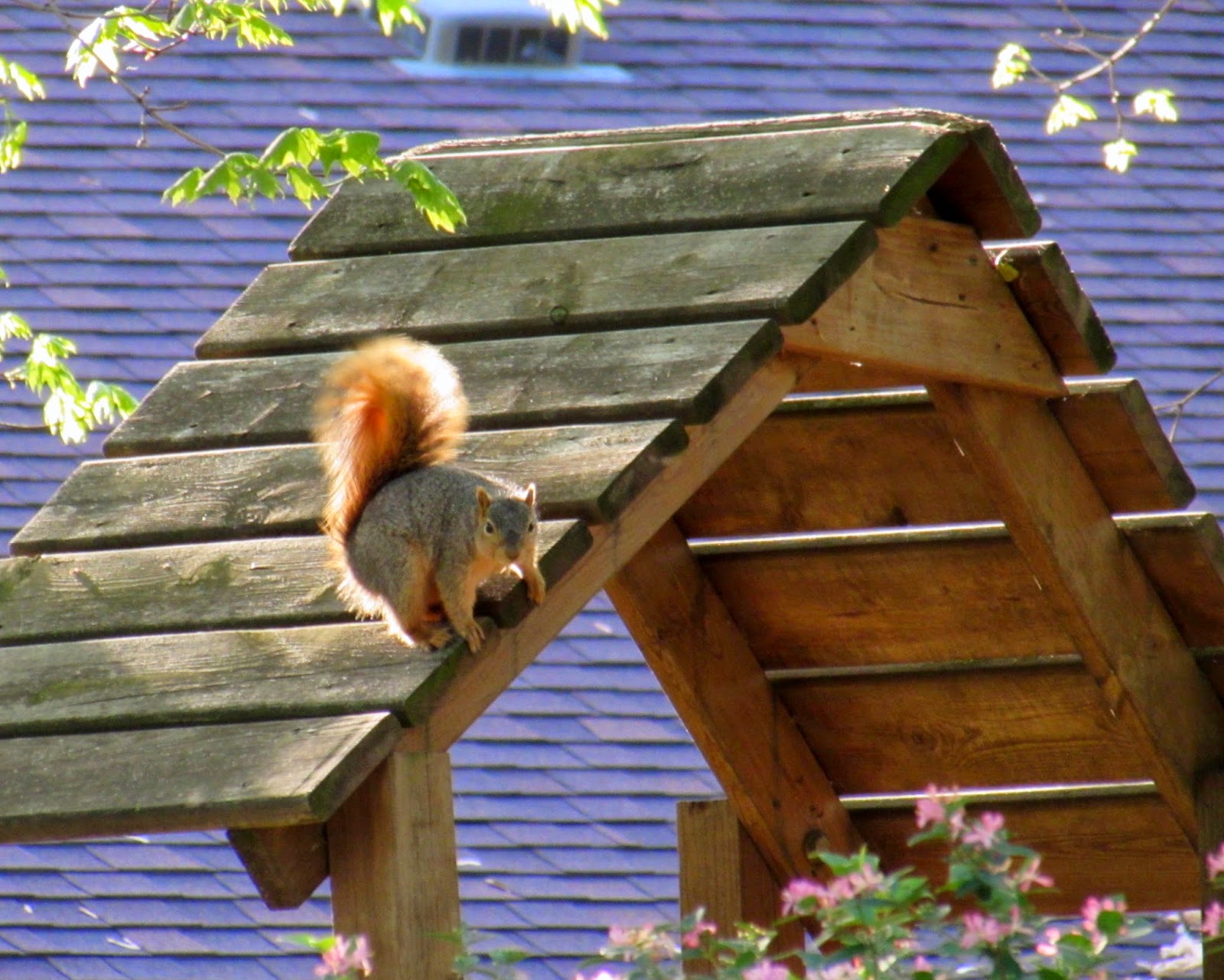 Seems Mr. Squirrel wasn't happy with all the noisy laughter. He climbed down from the tree and jumped onto the roof over playground equipment in another neighbor's yard. He continued his rant... 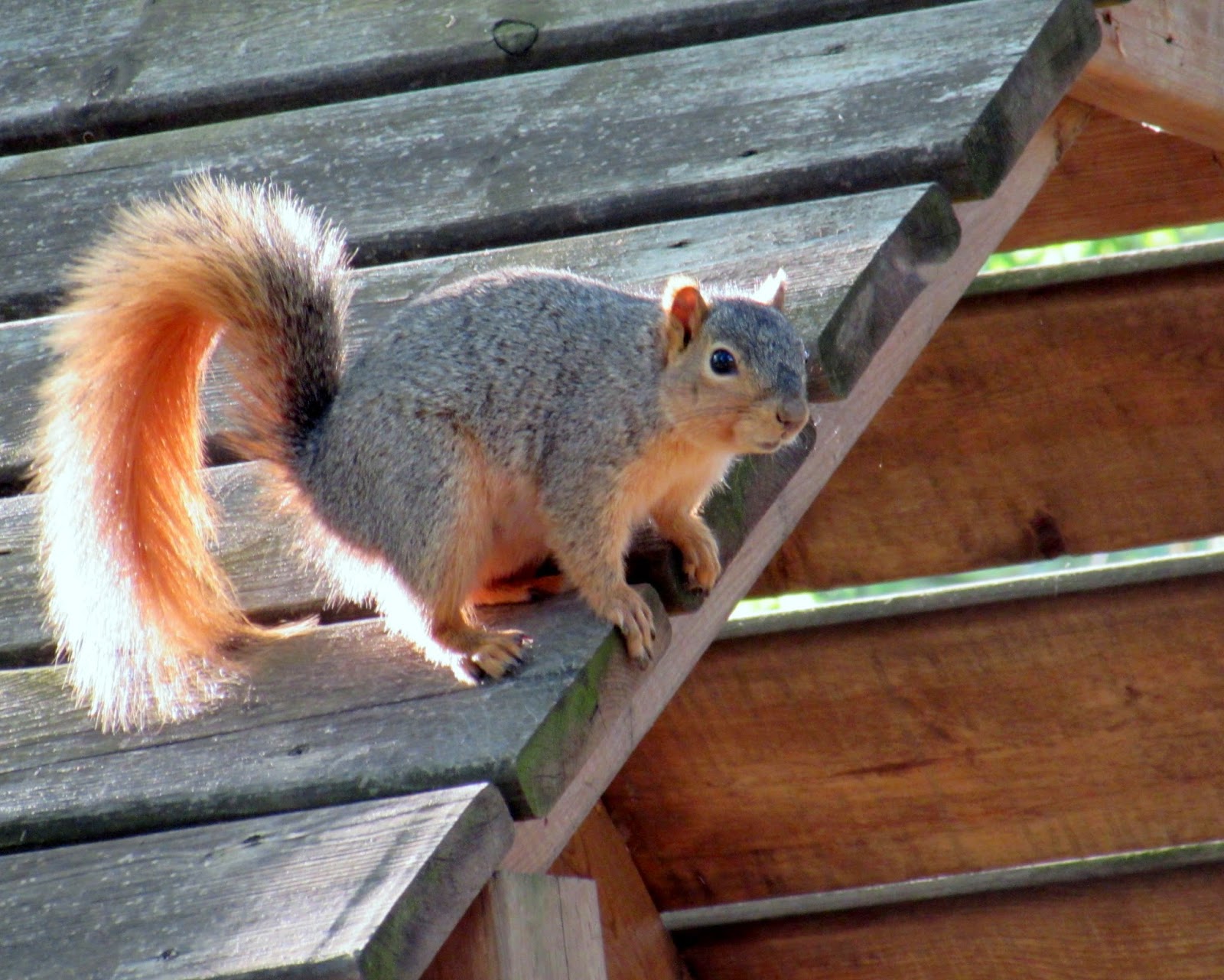 ...and continued his rant. So I told him a thing or two and got out my camera. 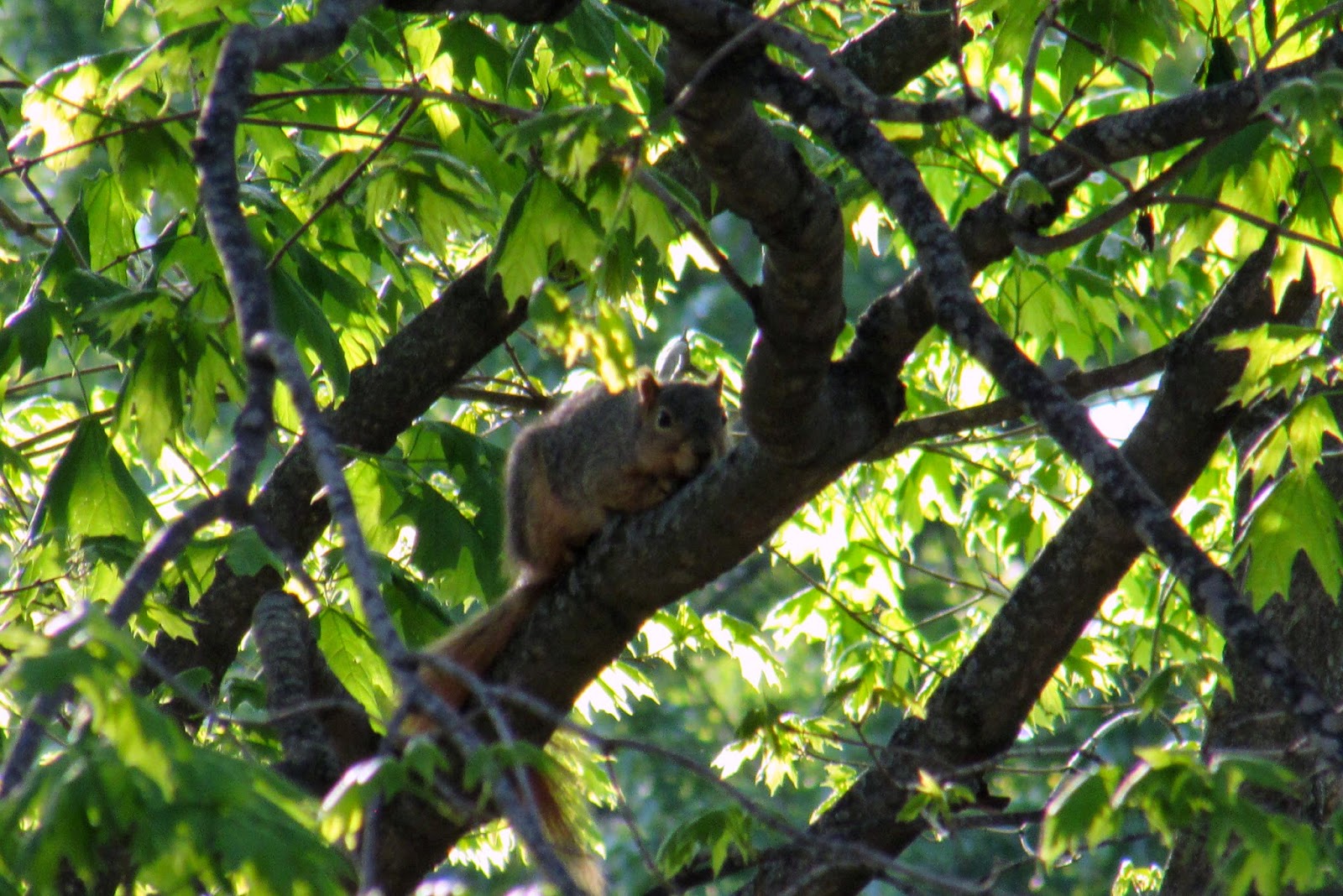 Mr. Squirrel didn't like having his picture taken, so he took his bad self up into the leaves in a poor attempt to escape the camera lens—all the while still giving us a lecture. Ha! I got him anyway.

Linking to Saturday's Critters
Posted by Roan at 6:24 AM 21 comments

Right Side Up and Upside Down

Last Saturday I woke up feeling a bit restless. I didn't feel like dancing with Mrs. Mop, so I loaded Fergus up in the car and headed north to see Daughter and those magnificent grands of mine. 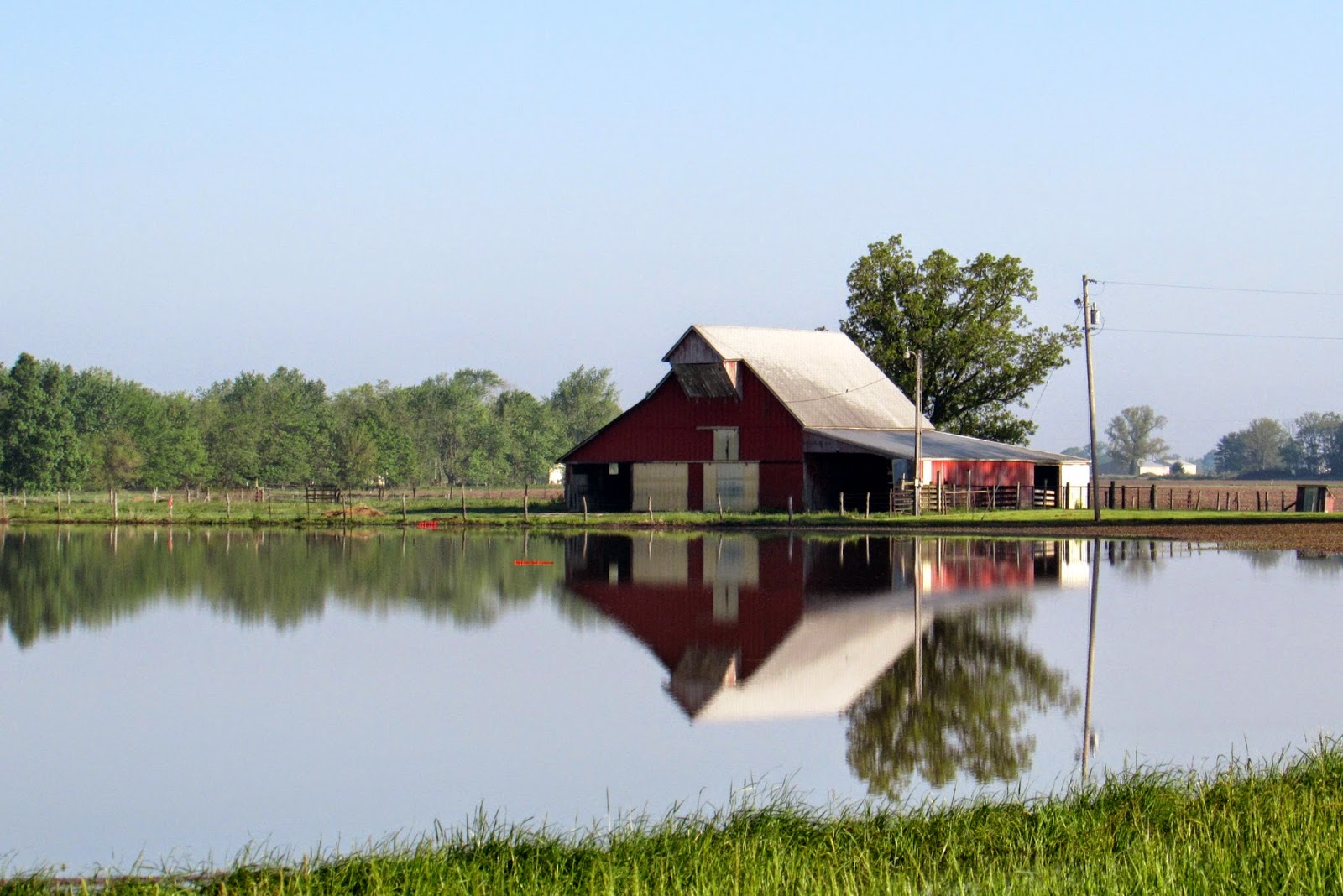 About 10 minutes north of town, I saw this flooded field and the barn. Of course there was a car riding my bumper so I waited until I got to the next intersection, made a u-turn, drove back by the barn, made another u-turn, stopped in the middle of the road and took this picture... 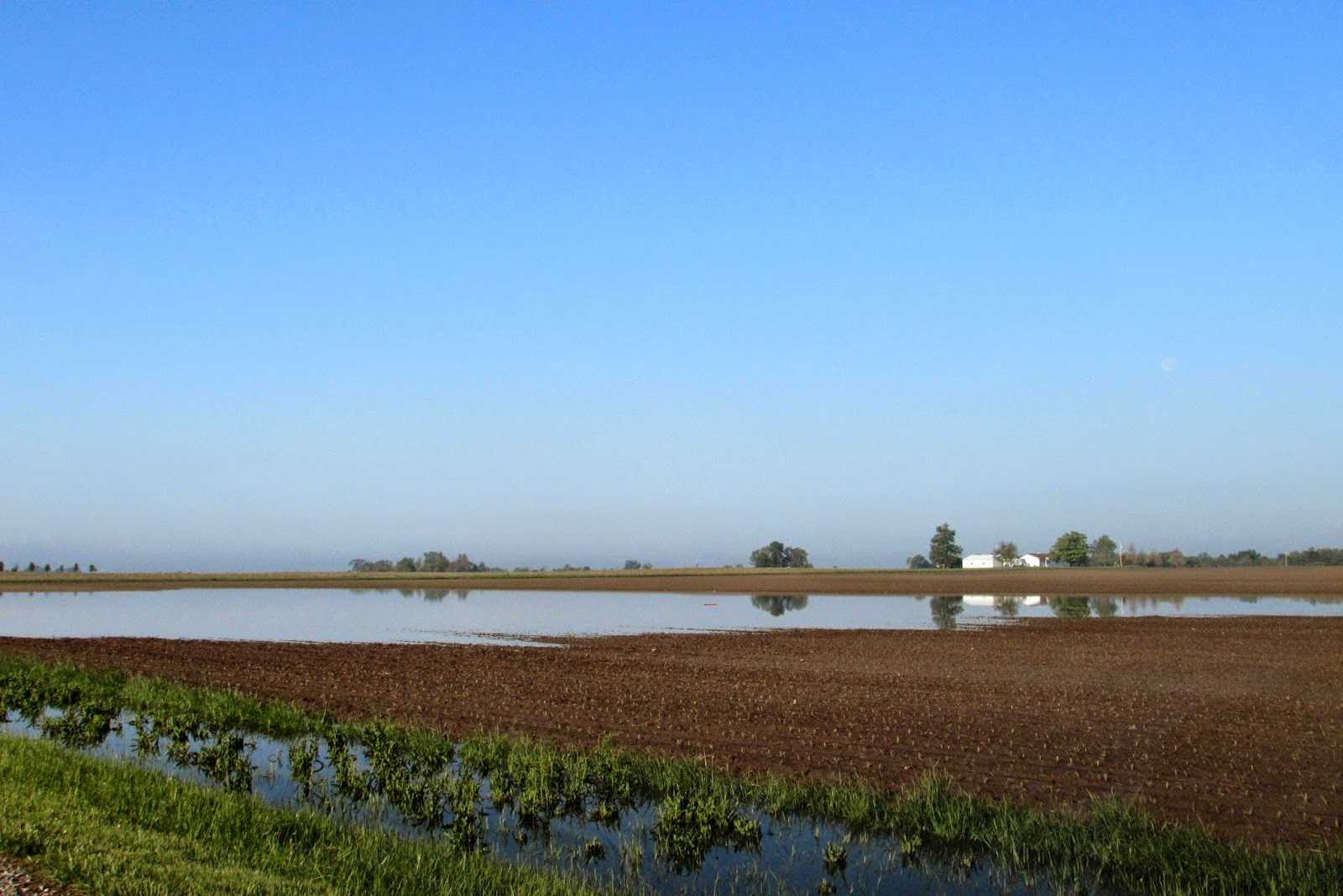 ...and this picture. As you can see the farmers have their corn planted before the rain, but the rain was a little too heavy. I suspect this farmer will need to replant part of this field. Hopefully it won't be too late by the time the ground dries.

Linking to Weekend Reflections and Skywatch Friday
Posted by Roan at 9:42 PM 28 comments

A Horse Barn Needs a Good Fence and a Dog

On one of those rambles through the countryside... 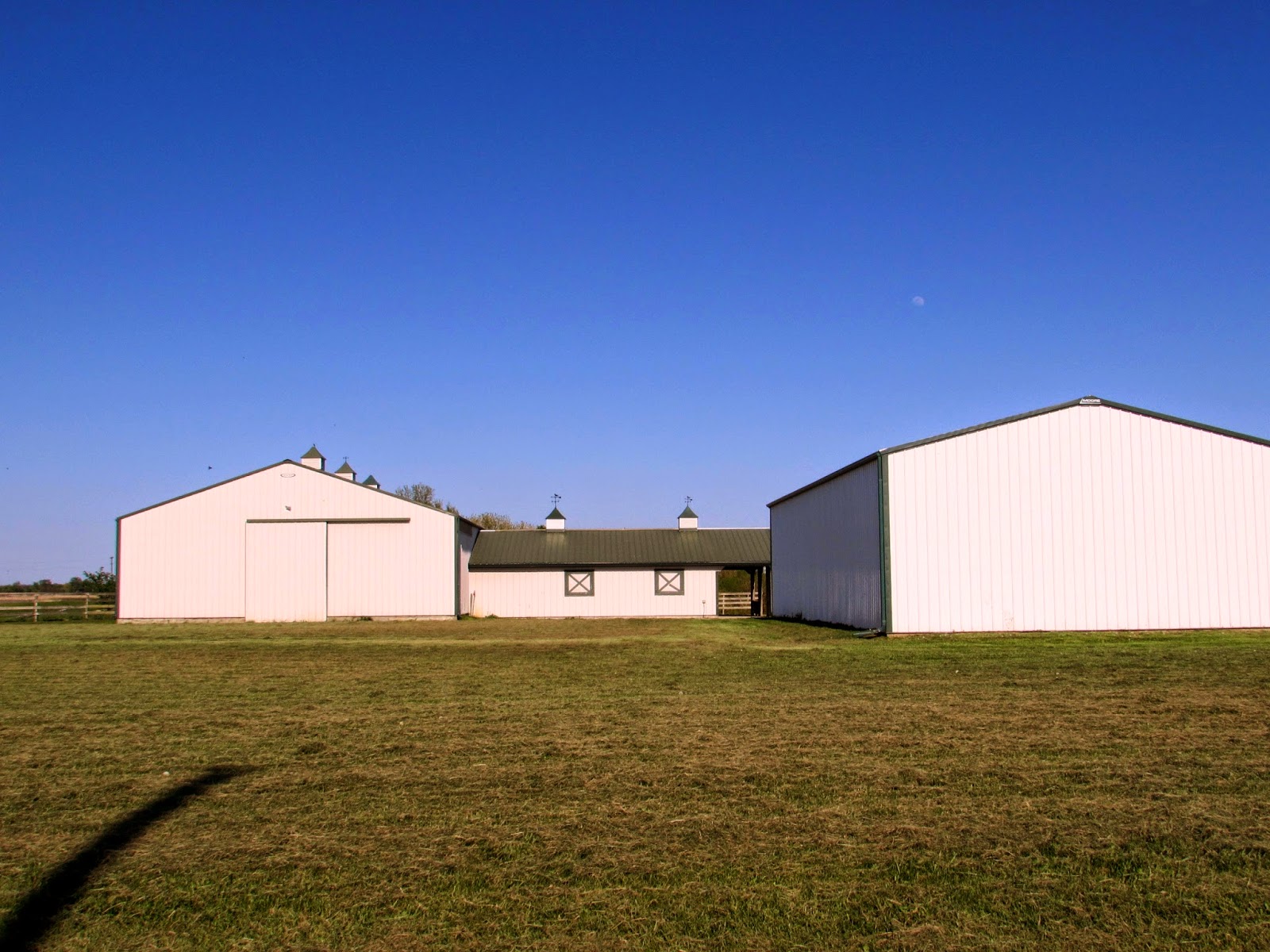 ...I found this horse barn. 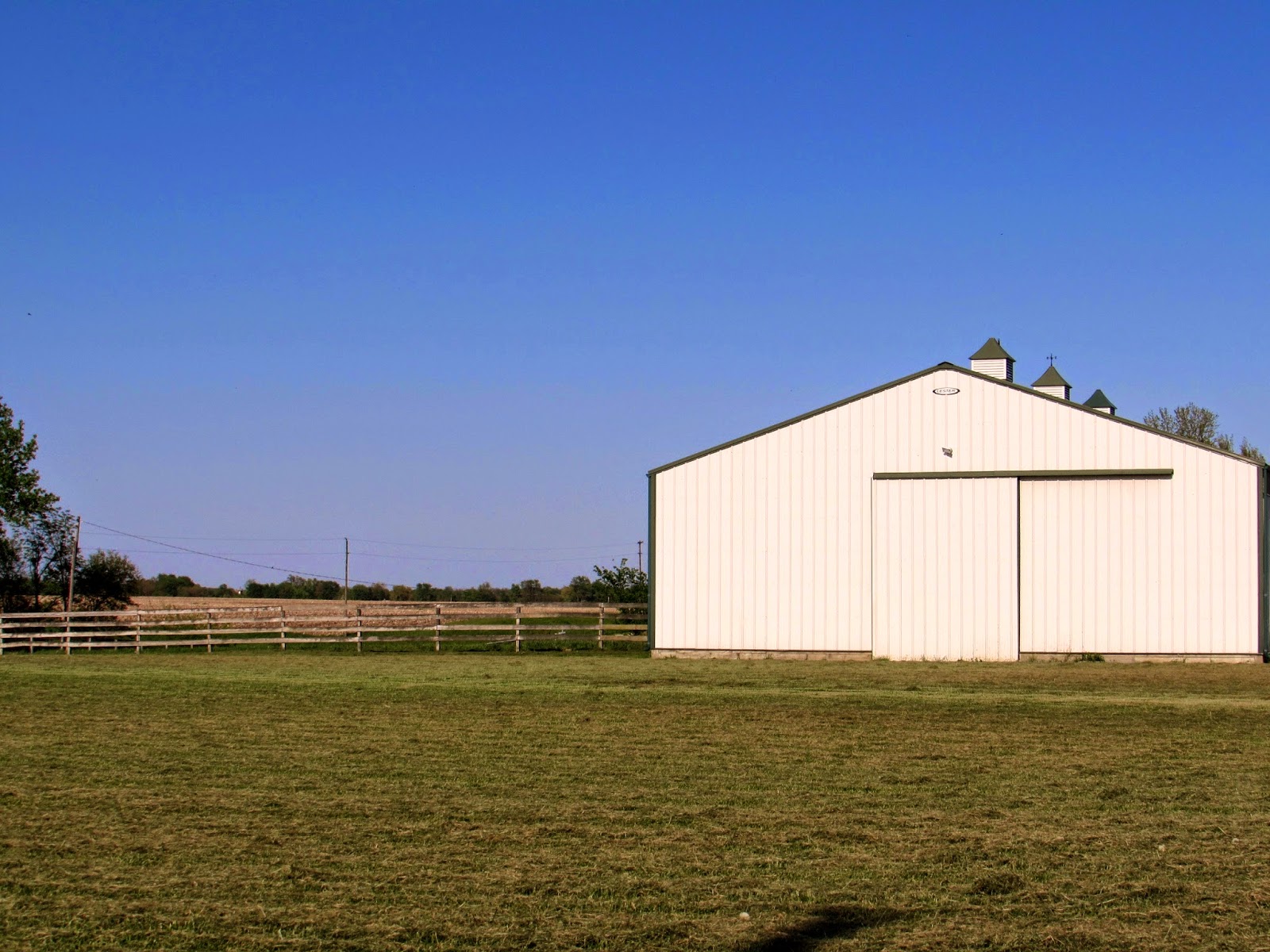 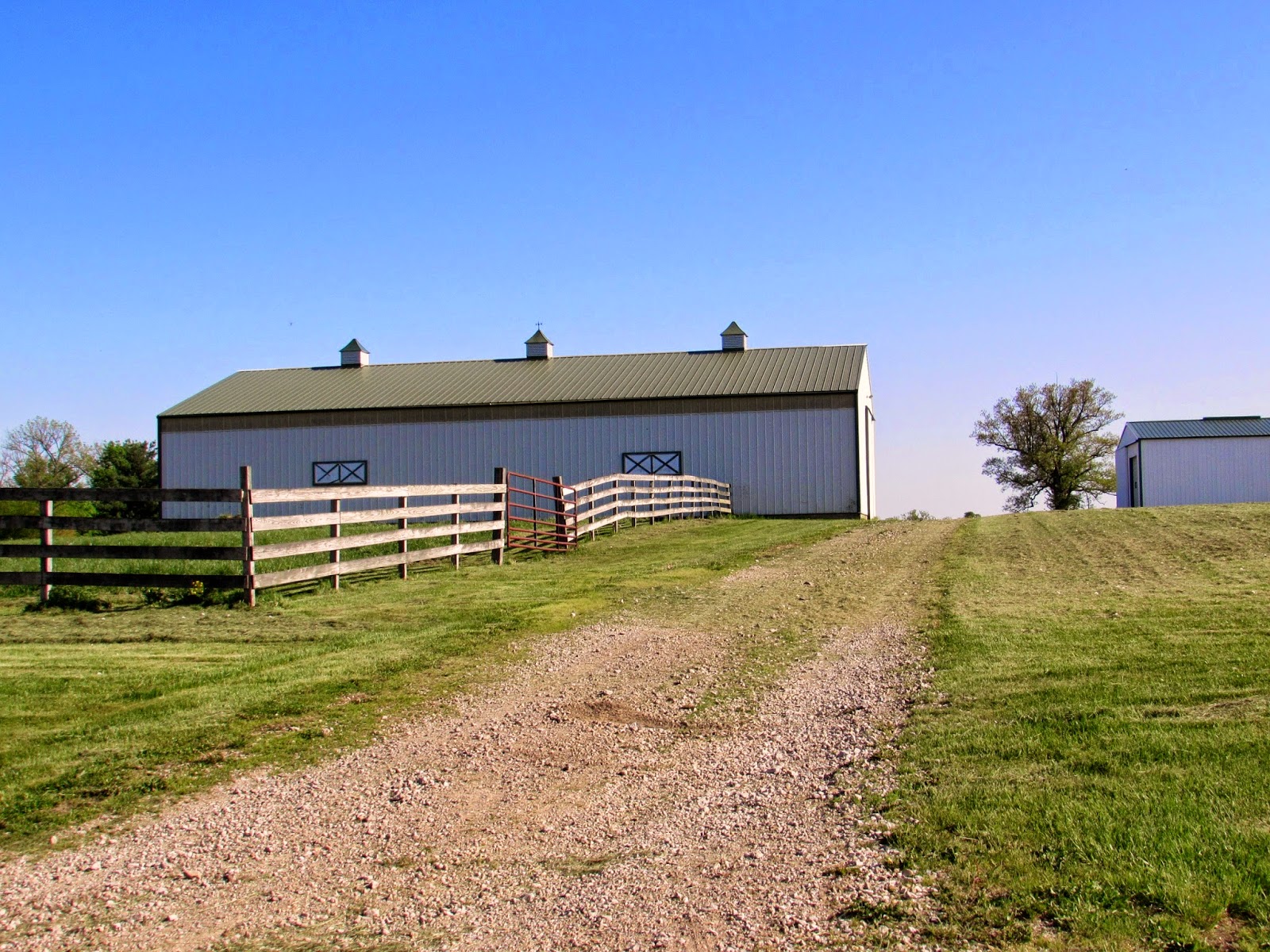 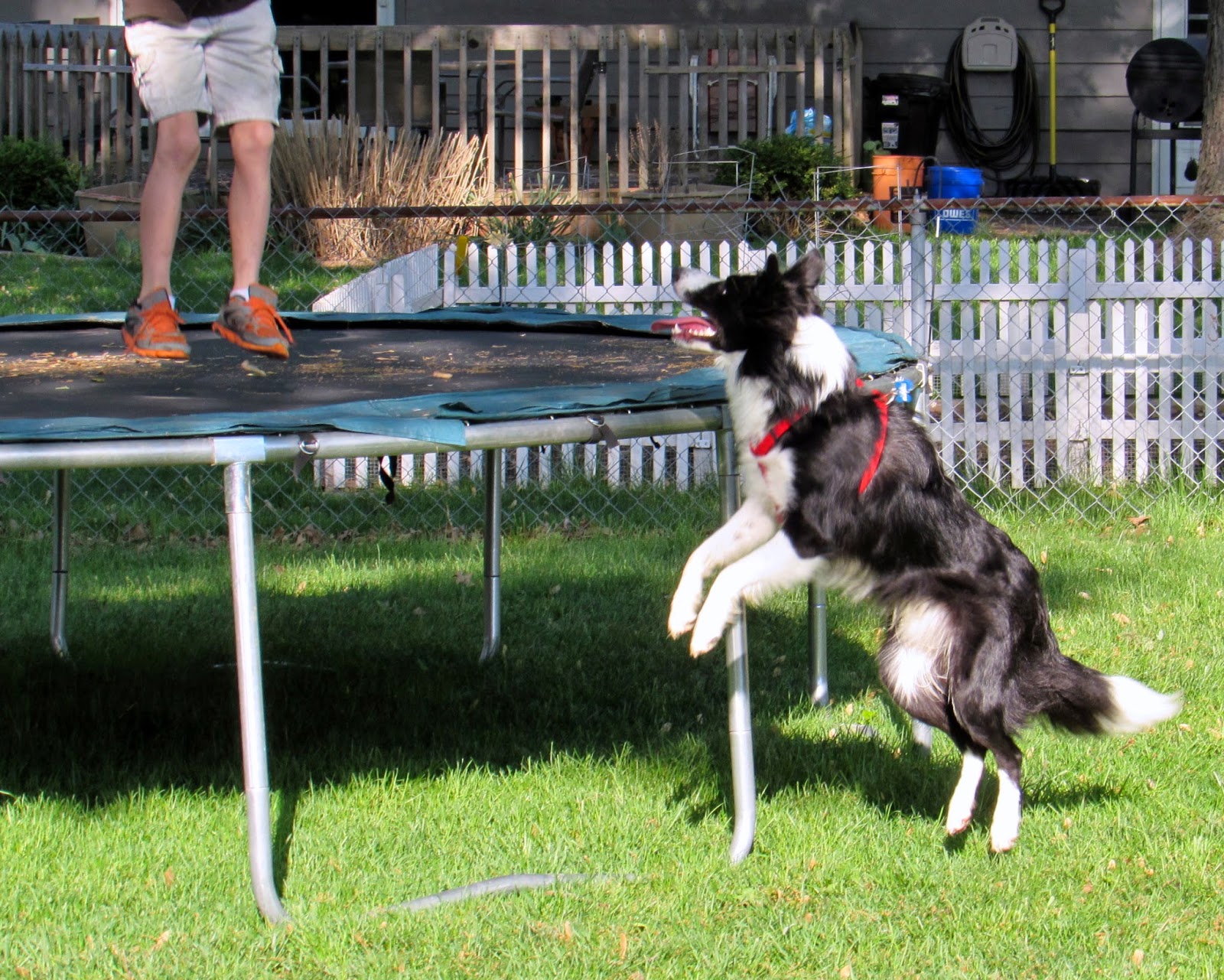 Or, how about a boy, a dog, and a trampoline in front of a fence or three?

Linking to Good Fences
Posted by Roan at 8:24 PM 34 comments

Last weekend on the Illinois River. 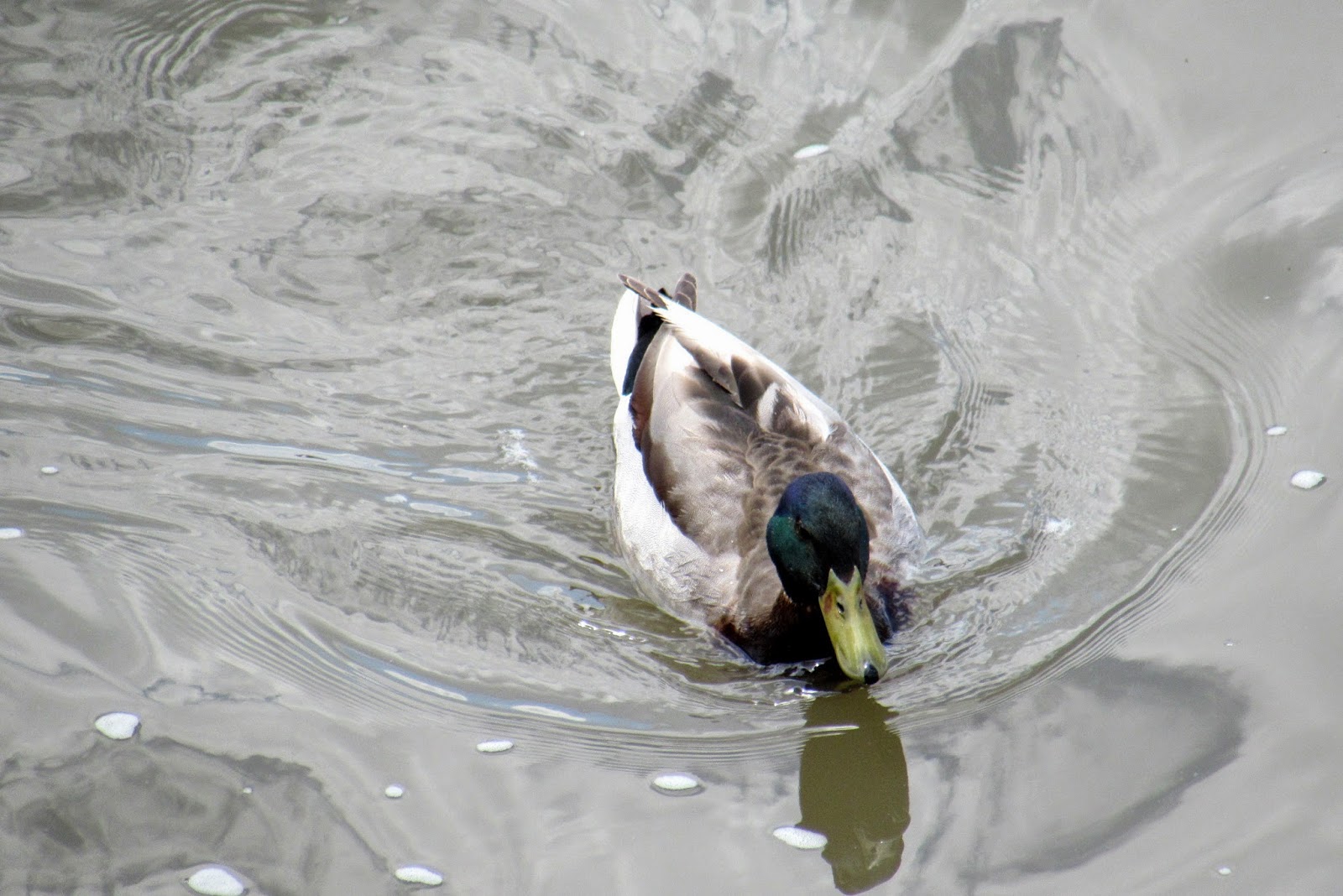 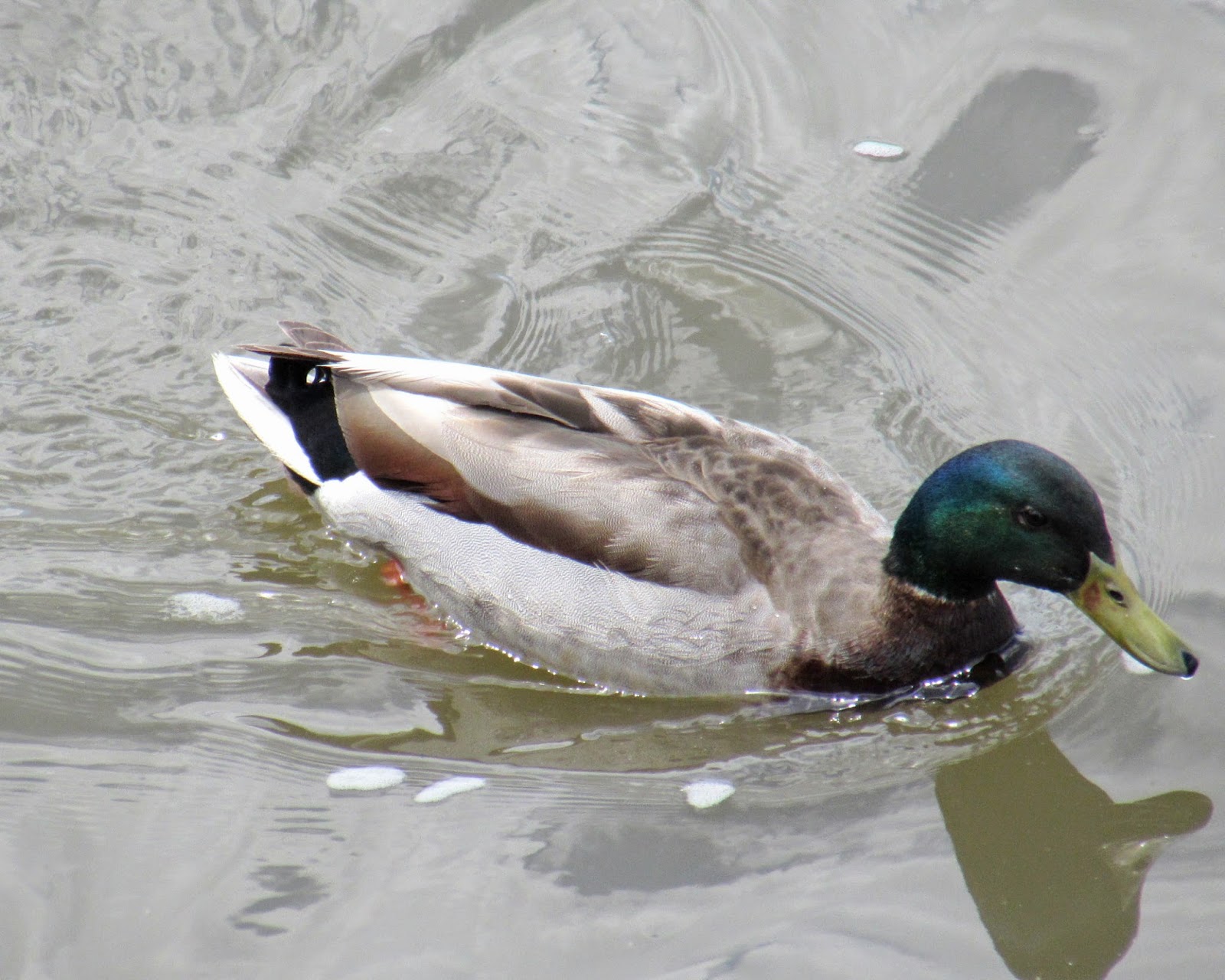 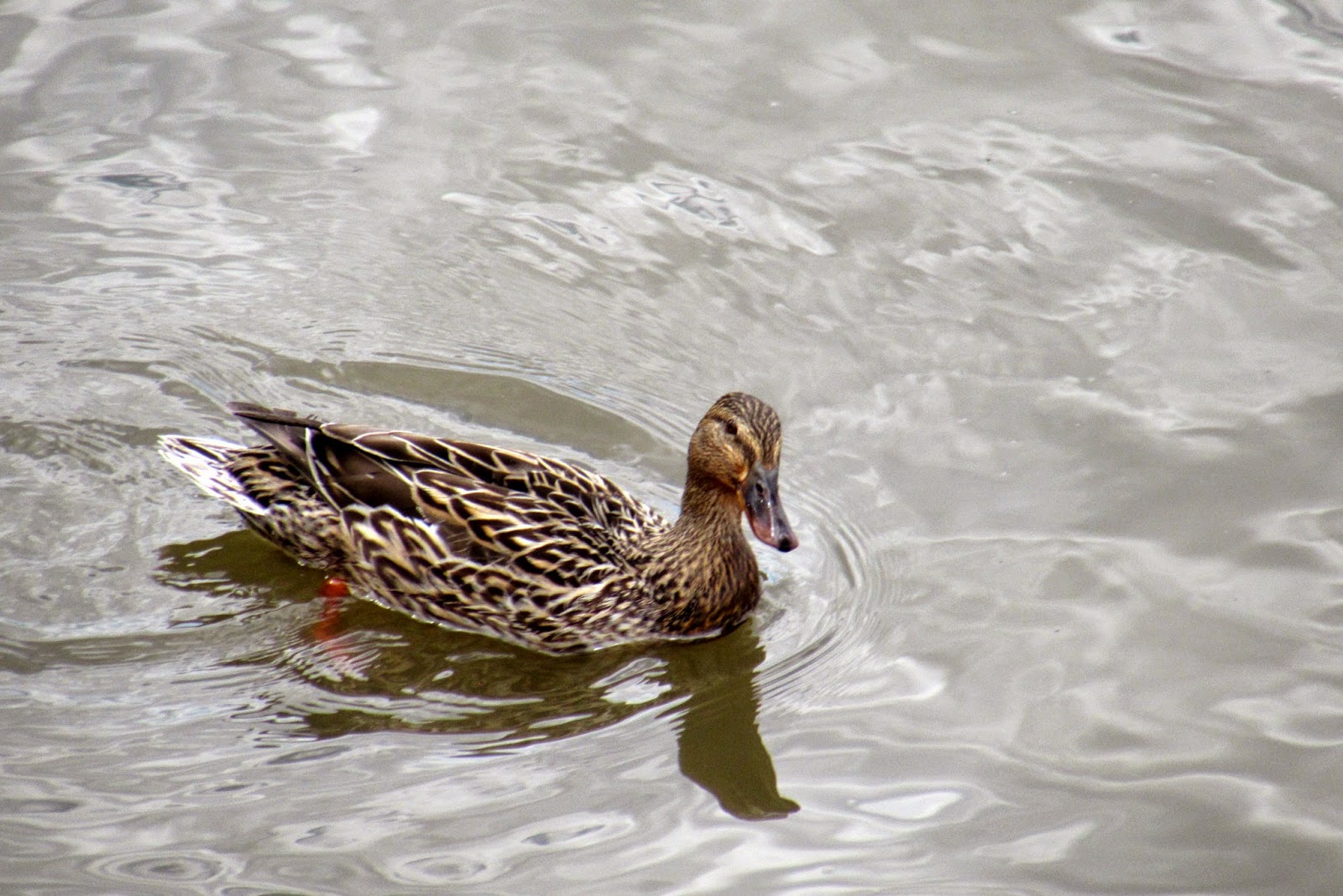 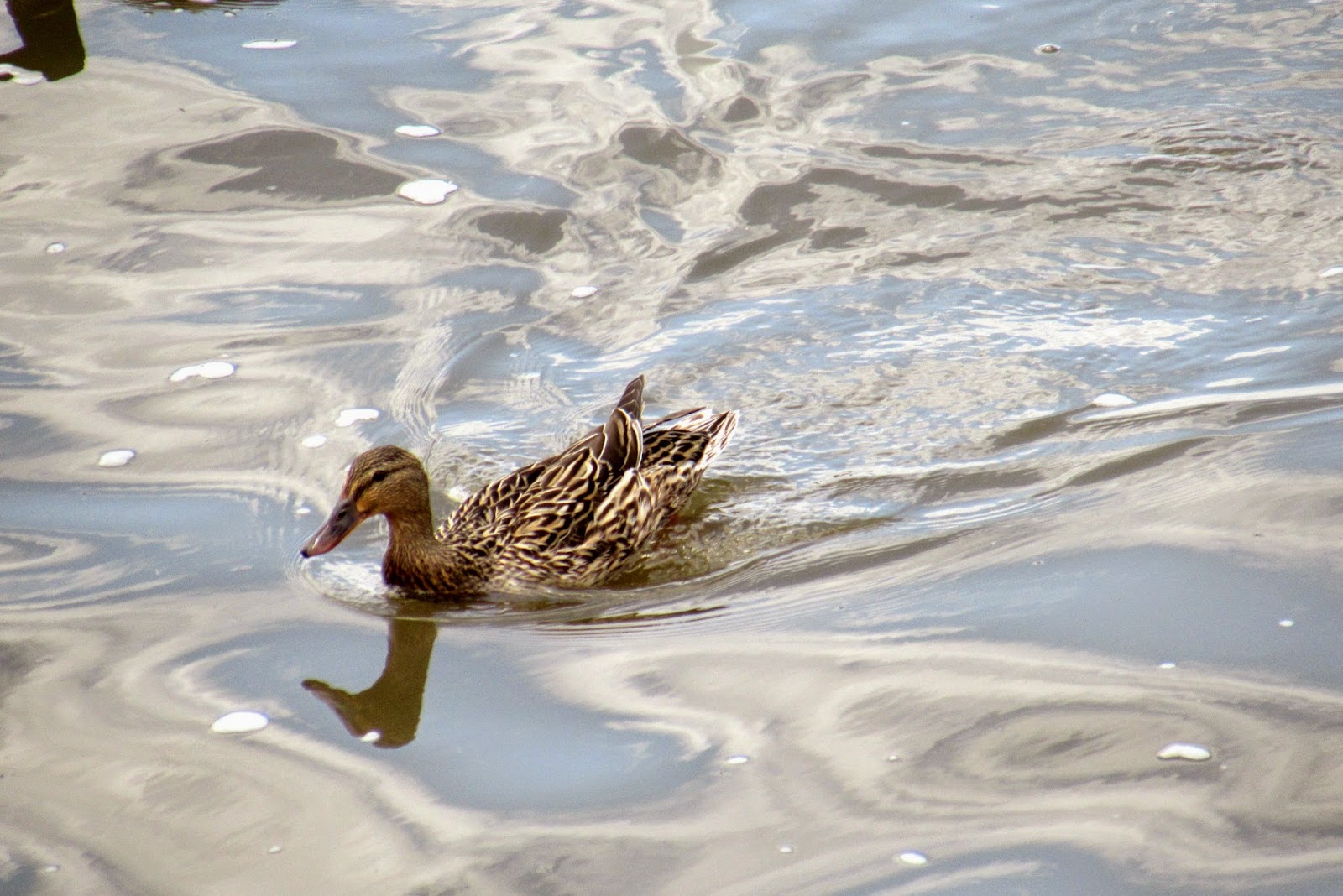 Linking to Wild Bird Wednesday
Posted by Roan at 6:51 AM 19 comments

I'm having a hard time remembering the name of this once busy grocery store. I know I know it, but I've given up. I'll probably wake up in the middle of the night and go, "Oh, yeah!"

When I was in the 1st and 2nd grade, we lived just down the road from this store. There is another across the road and I do remember it was called Wampler's. I know because I went to school with their grandson in Jurior High and through High School.

Regardless of the name, it is no more. I remember going into the store with my Aunt Edna after church on Sunday evening and she bought Dinty Moore Beef Stew and RC Colas to serve for dinner or, as it is still commonly referred to up here in farm country, supper. 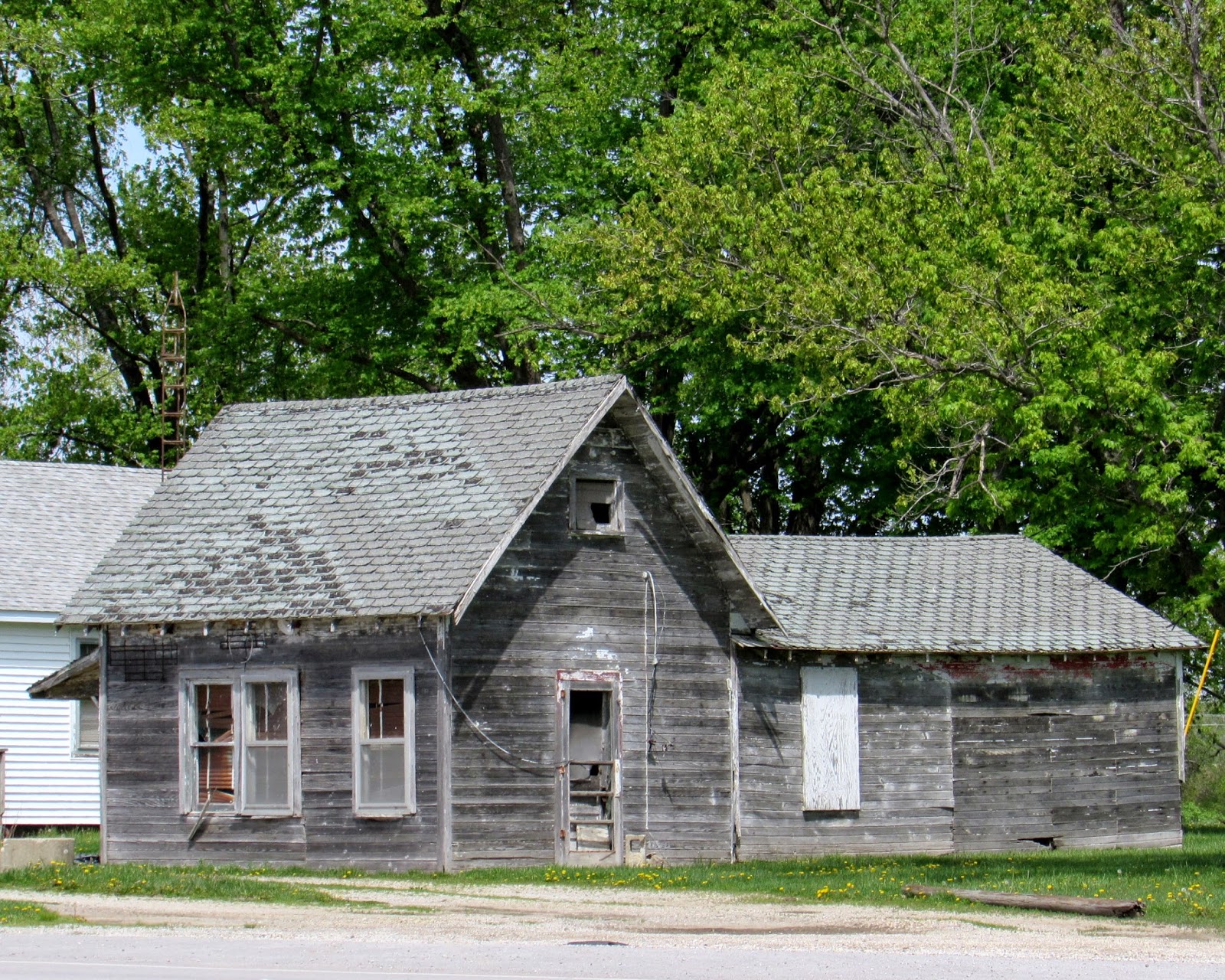 Sadly, all the little mom and pop stores once scattered around the countryside are no more.

A Gull of sorts? 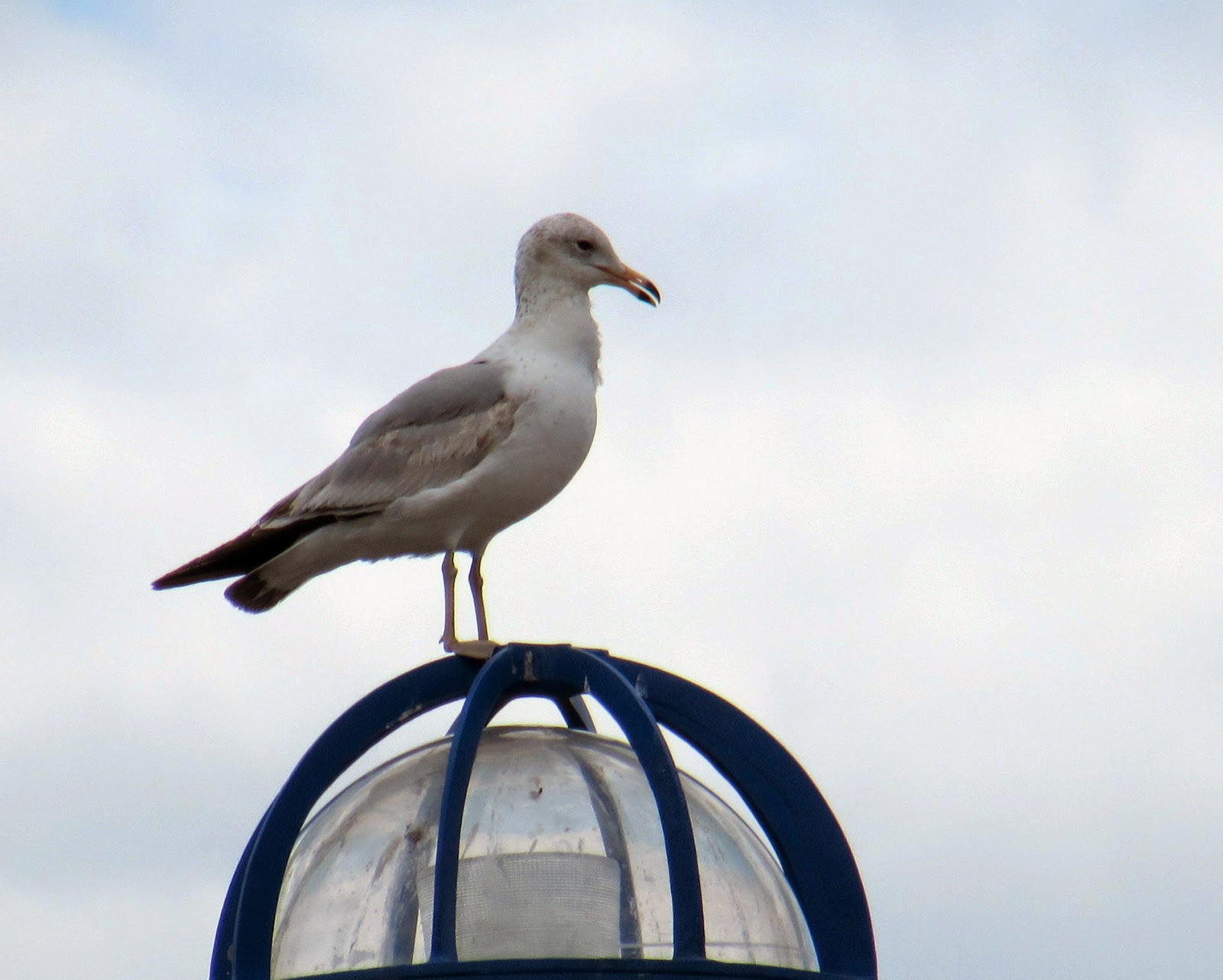