I want to go somewhere warm! Although this morning it is a balmy 12°! Would love to be enjoying a view of the ocean like below. Another photo courtesy of Sonny Boy. 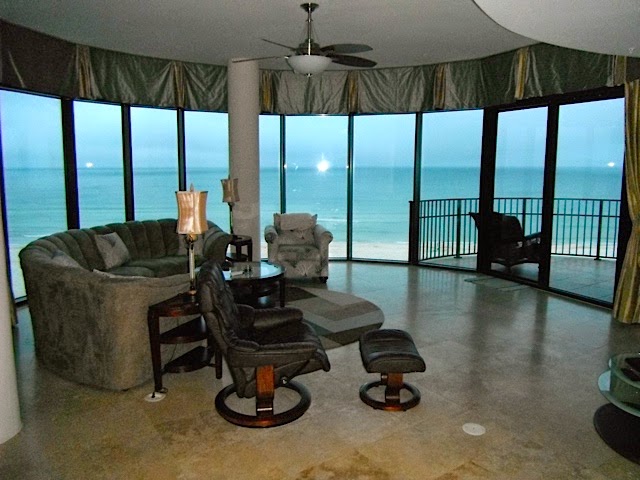 Life is so quiet right now it's difficult to think of 5 things, but I'll give it a try.

1. On the plus side, we haven't had a lot of snow this winter, but Sunday we are expecting ice. Ice scares me more than snow. It's easier to fall down and break something or have a wreck if you dare get out on the road. Is it May yet?

2. As of December 1st, we have a new elected boss. Trying to adjust. 'nough said!

3. Oh yeah! My brother, who is 66 has been summoned for jury duty for the first time in his life. I've never been on jury duty, have you? He isn't happy. I normally am the Clerk of Court during jury trials, but now that we have a new clerk, she will take over. Whew!

4. I thought about doing the 52 weeks of cooking thing to get back into the cooking groove. Hubs does most of the cooking, which I like, but miss getting in the kitchen sometimes. Since I missed the first week and don't really have time to start a new project, I've decided not to bother. I'll just try a new recipe once a month or so and NOT blog about it!

5. I don't make new years resolutions. I never keep them. Do you? However, I did have a chat with myself about unfinished projects and will try to work on those this winter when I don't want to get out.

Linking to Willy Nilly Friday Five
Posted by Roan at 7:15 AM 20 comments

It's darn cold outside! Currently 1° and that is actual temperature, not wind chill. We haven't had good enough weather to entice my camera outside. So, I dug through the archives and found some fences, but then saw this recent shot. I didn't take this pic, courtesy of Sonny Boy. He and his clan spent the holidays at Perdido Key, Florida. Lucky him! This is the beach. 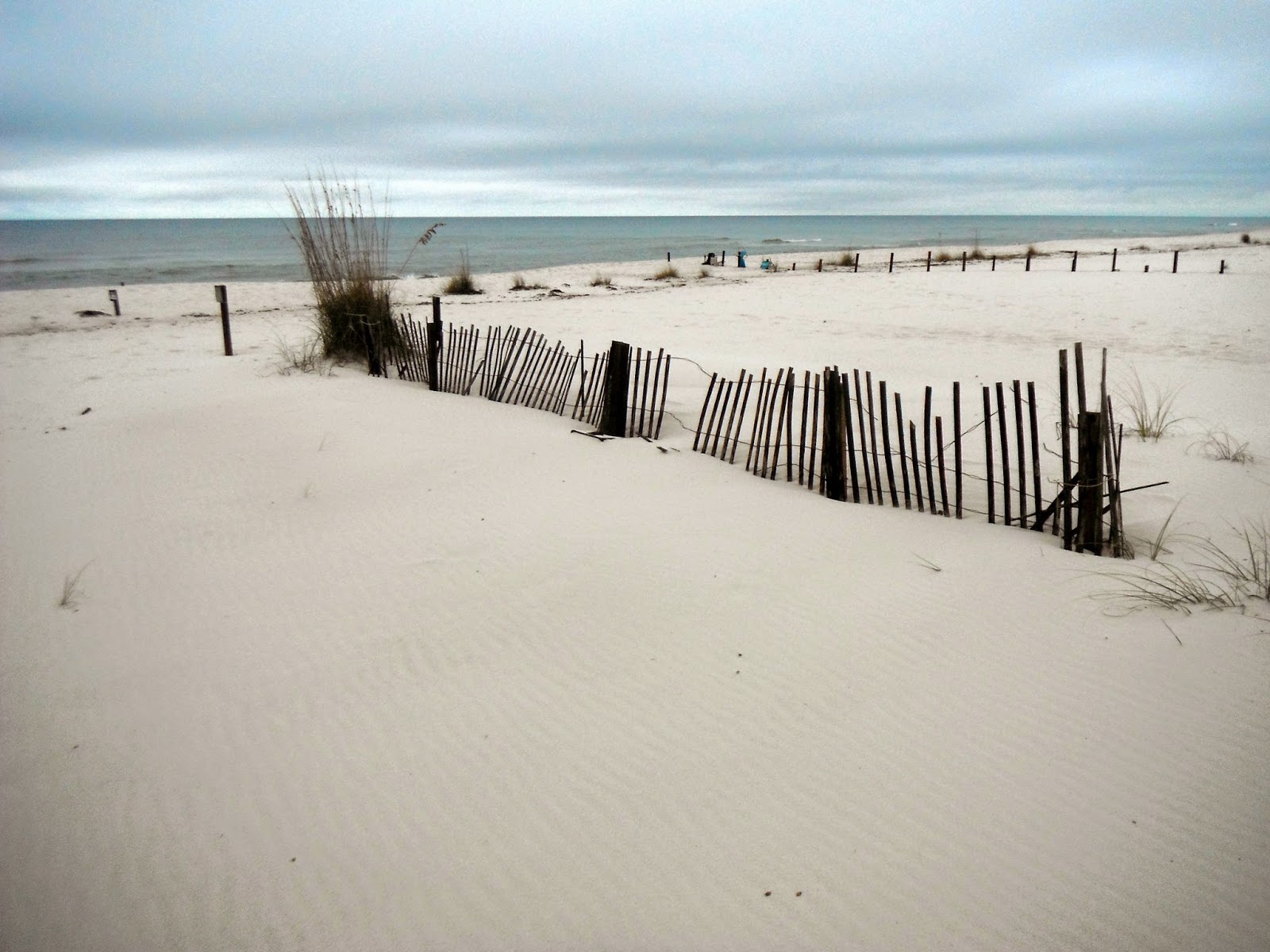 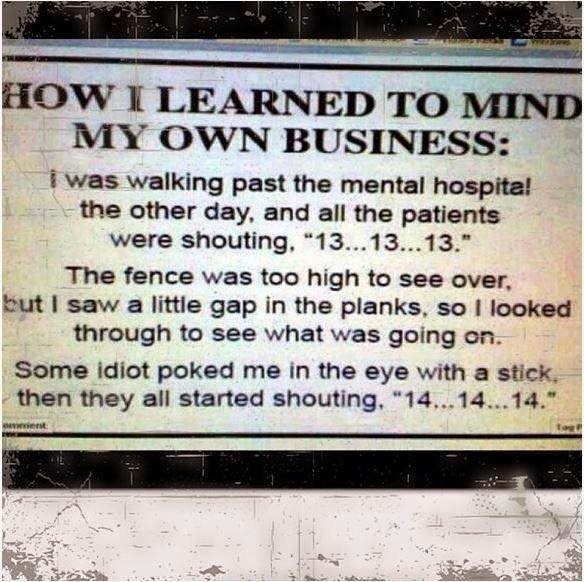 Well, it is about a fence. 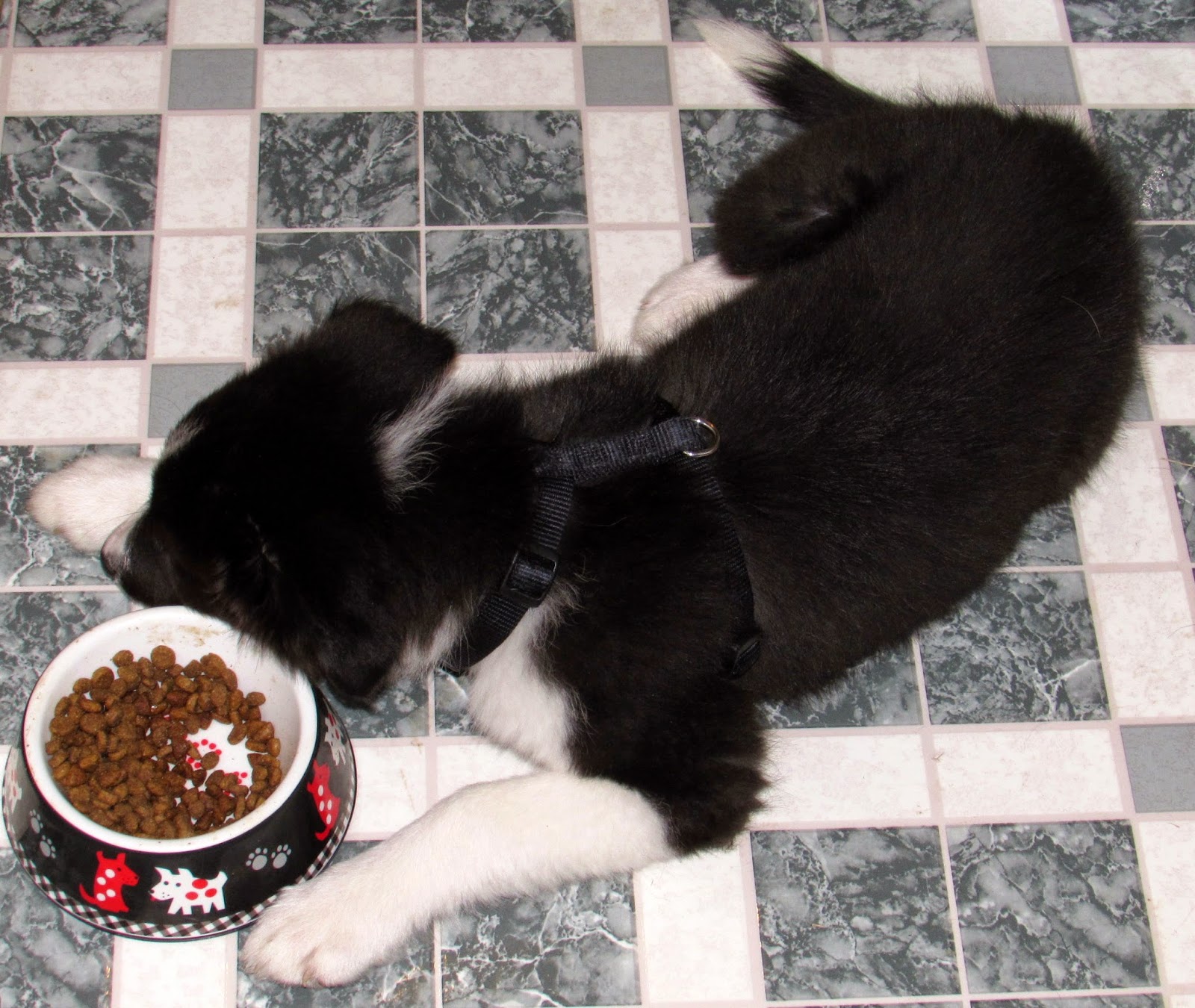 Fergus is such a nice, kind, and considerate dog. He is quiet and well mannered. Findley on the other hand, is the opposite. He is very vocal. He doesn't bark, but he talks. The second the alarm goes off, he starts in letting us know he wants out of his crate. I don't want to say he whines, although there are elements of whine there. Not sure how to describe it. He talks when he wants a drink or wants to go outside. Although he looks like Fergus, he is very different.

We found out a few breeds that 'could be' Findley's father. There is a Wire Haired Terrier, a Welsh Corgi, and a black and white Husky in the neighborhood. We ruled out the Corgi early on since Findley is much to tall. The vet thinks it is the Husky because of how vocal he is. Maybe we can tell more when he gets older.

Findley loves to eat, it's hard to fill him up, but he always eats laying down.  He is now affectionately known as Findley The Tank.

Linking to Good Fences
Posted by Roan at 6:48 PM 14 comments

I hope everyone had a wonderful holiday season. I finally shook my malady. I should have gone to the doc, but I'm one of 'those' people. I'm pretty sure it was bronchitis.

These pics are courtesy of Sonny Boy.

The first Pensacola Light was the lightship Aurora Borealis. It was moved to Pensacola in 1823 from its previous post at the mouth of the Mississippi River after a lighthouse had been completed there. Because of frequent rough seas, the lightship had to be anchored inside the bay entrance, behind Santa Rosa Island, and could not reliably be seen from ships outside the bay. 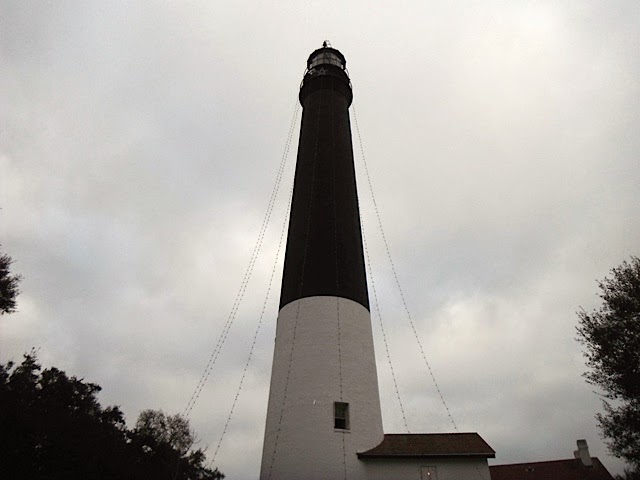 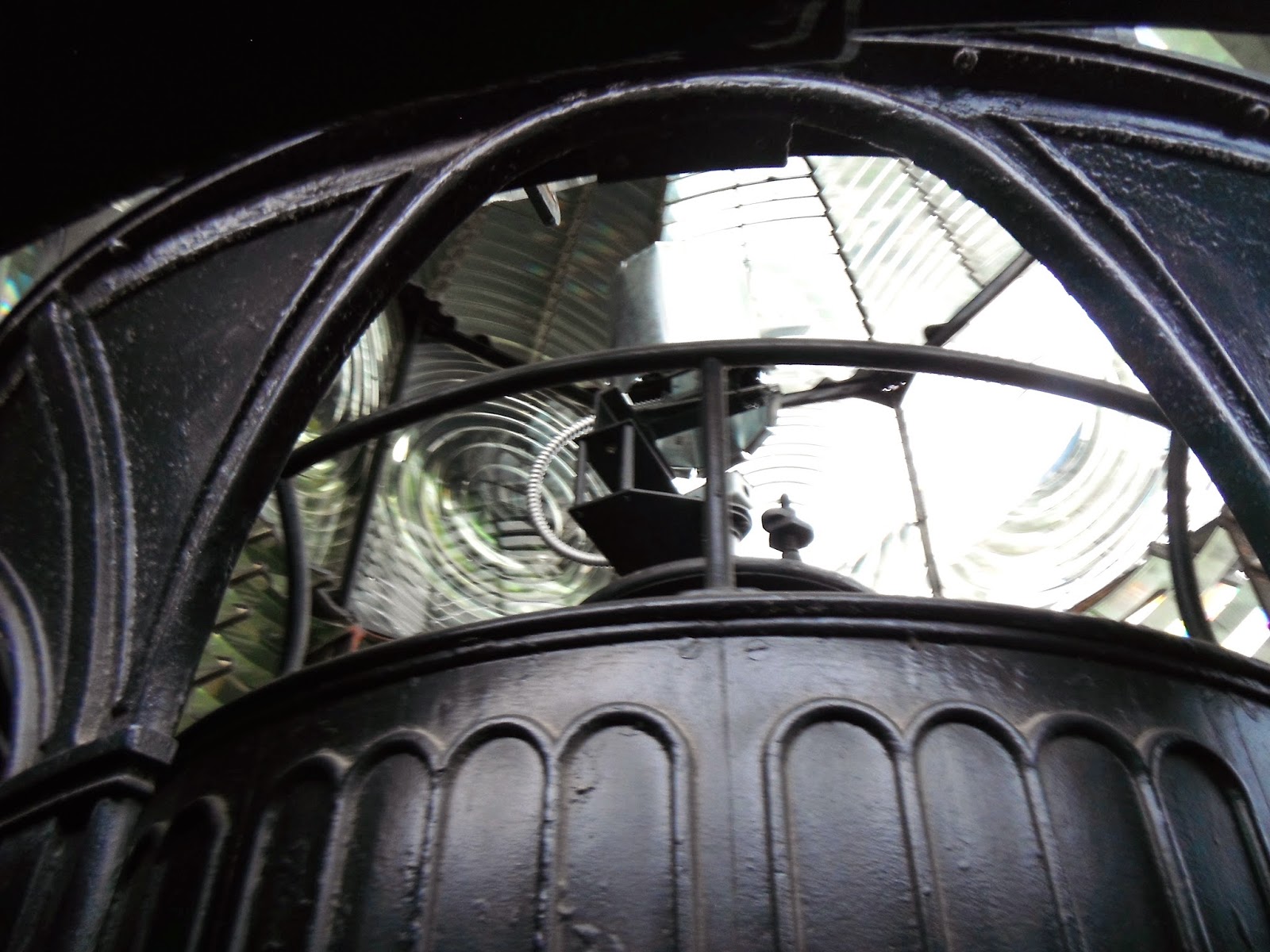