I found this example of fences and barns on my way home from the Band Competition last weekend. 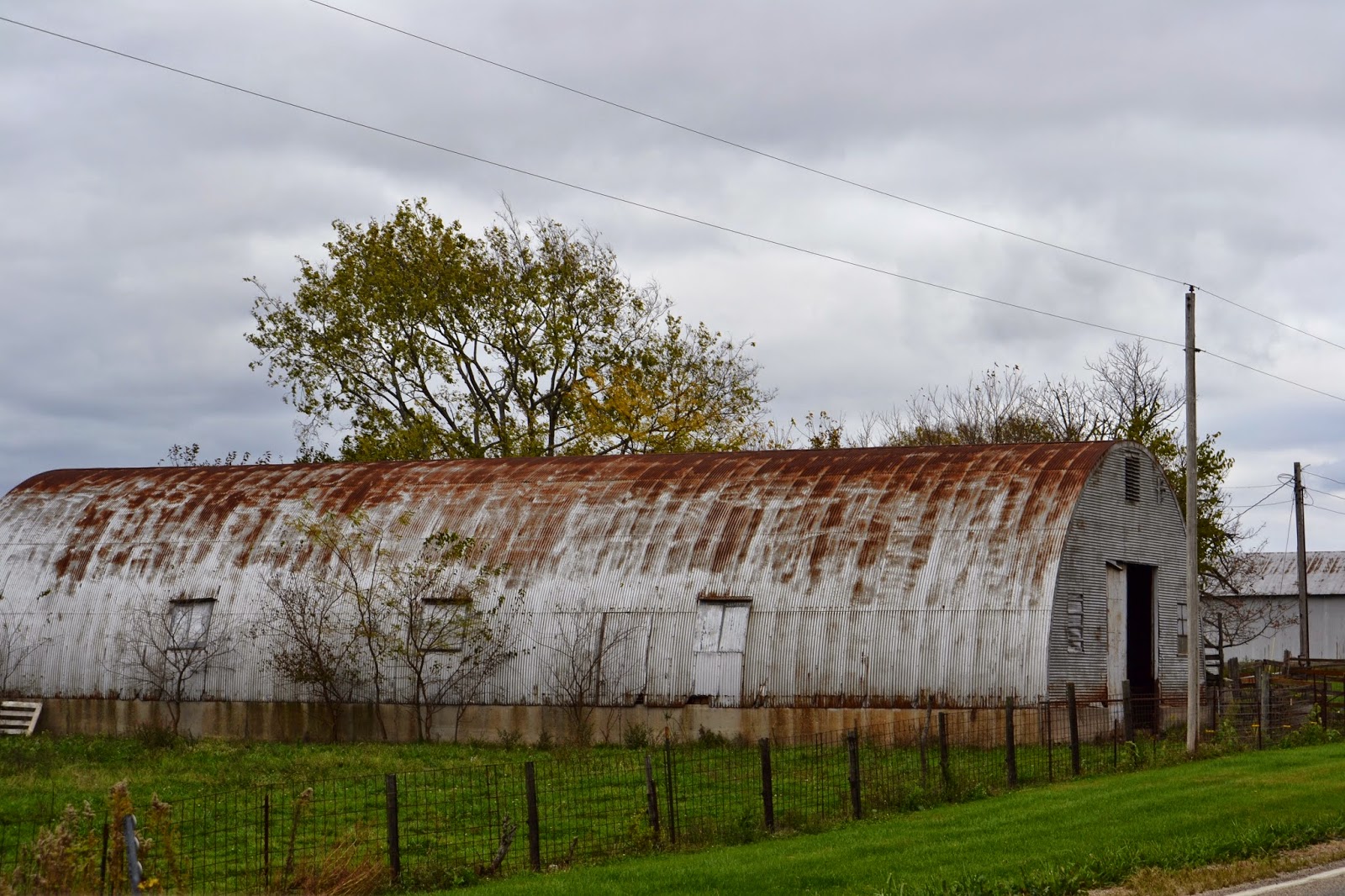 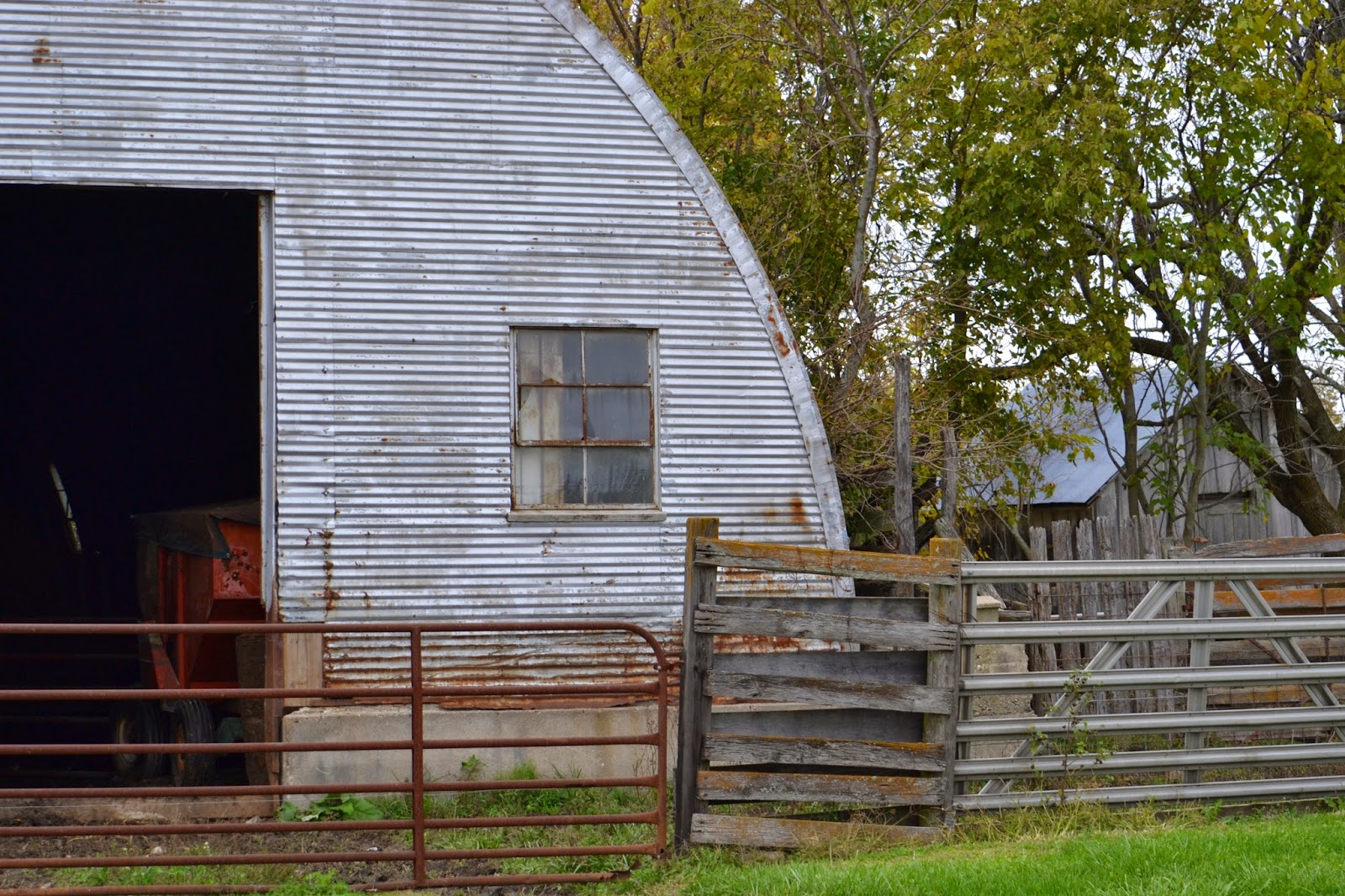 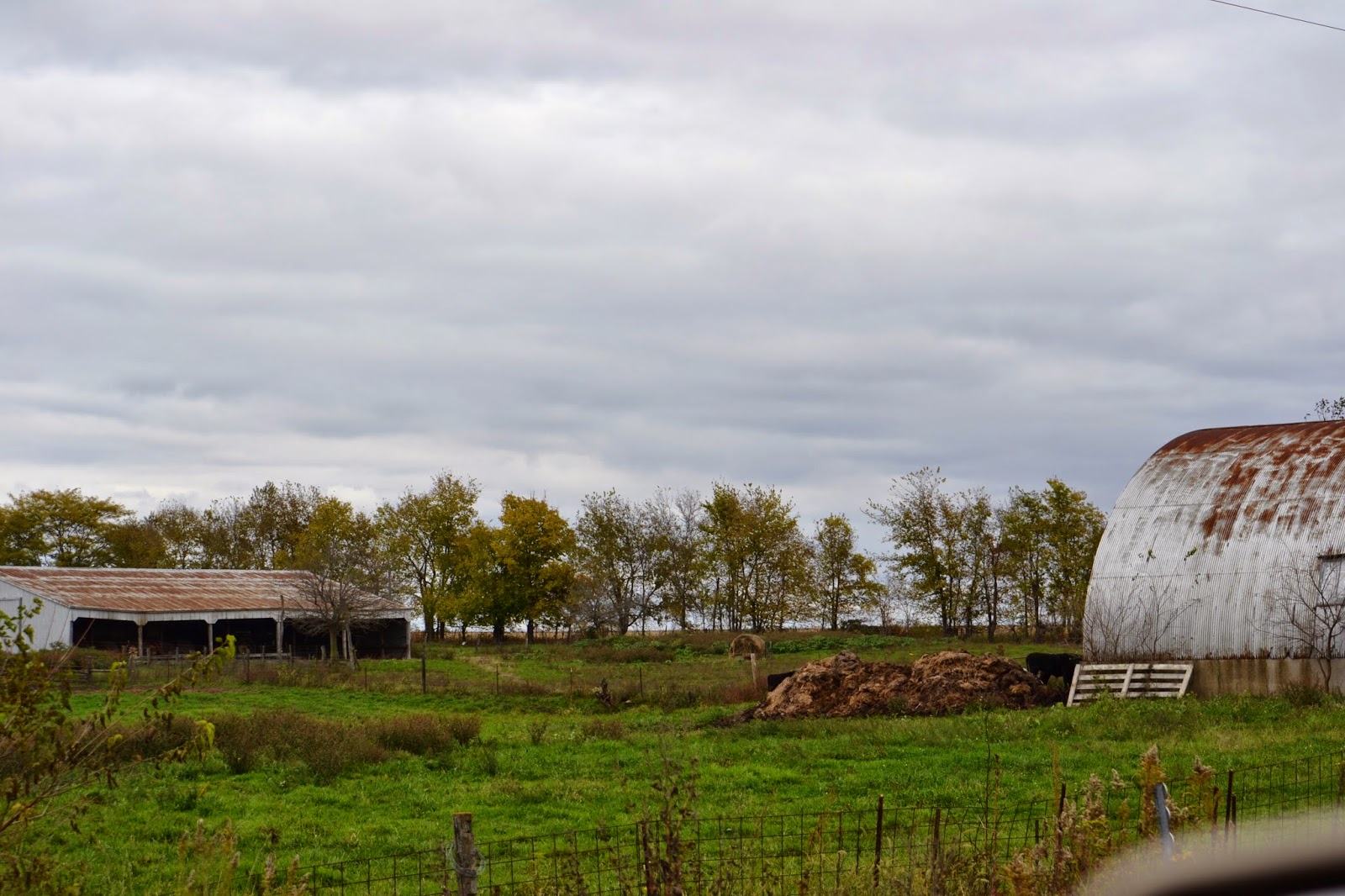 I am really so sorry about not visiting. Seems like I am always apologizing, but life always seems to get in the way of my blogging fun. I will get around to visit when I can. Thanks for your understanding.

Linking to Good Fences
Posted by Roan at 6:35 AM 27 comments 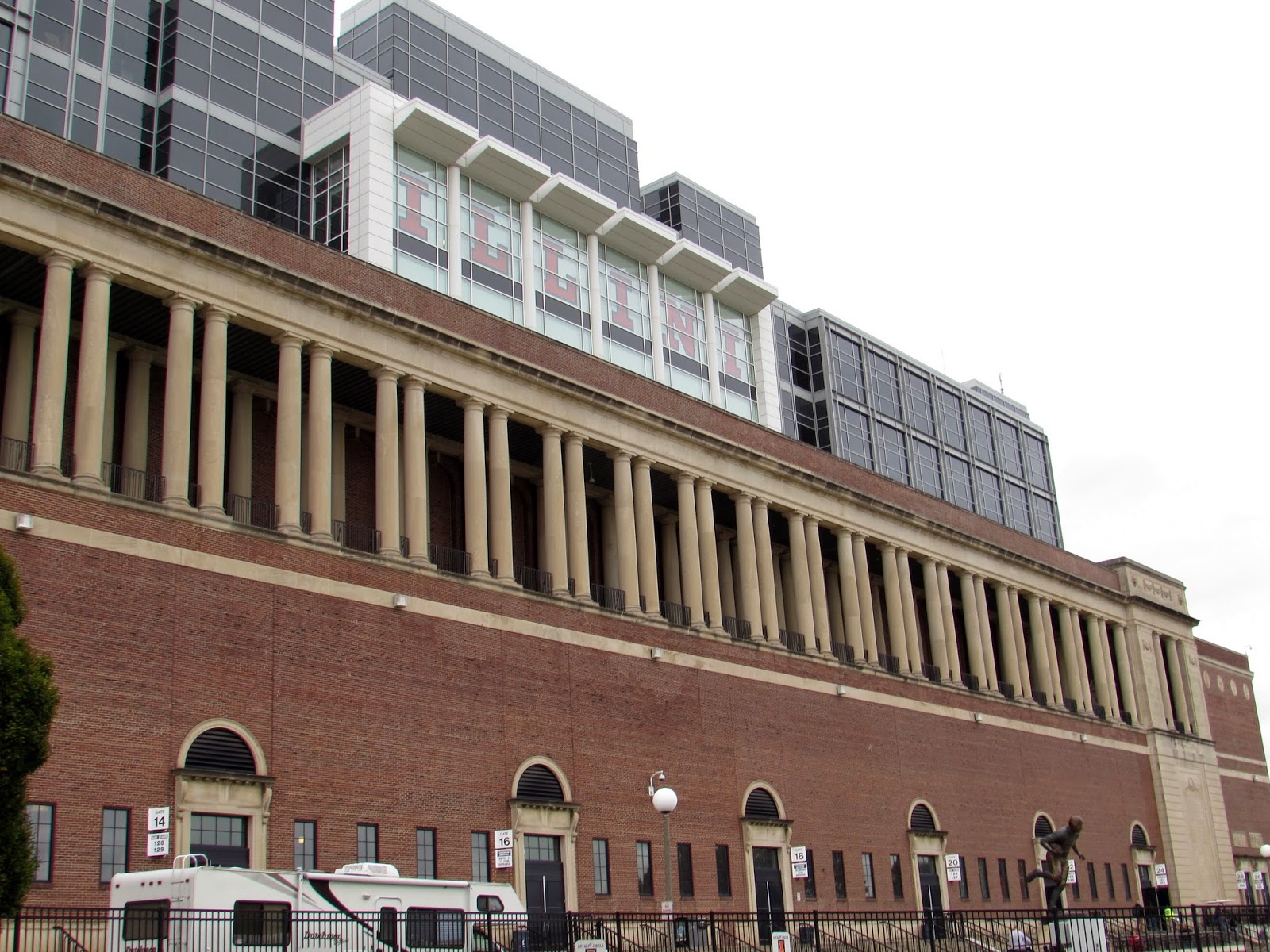 Memorial Stadium is a football stadium located in Champaign, Illinois, on the campus of the University of Illinois. The stadium is dedicated as a memorial to the Univeristy of Illinois students who died in World War I. Their names are engraved on the nearly 200 pillars surrounding the stadium's facade. 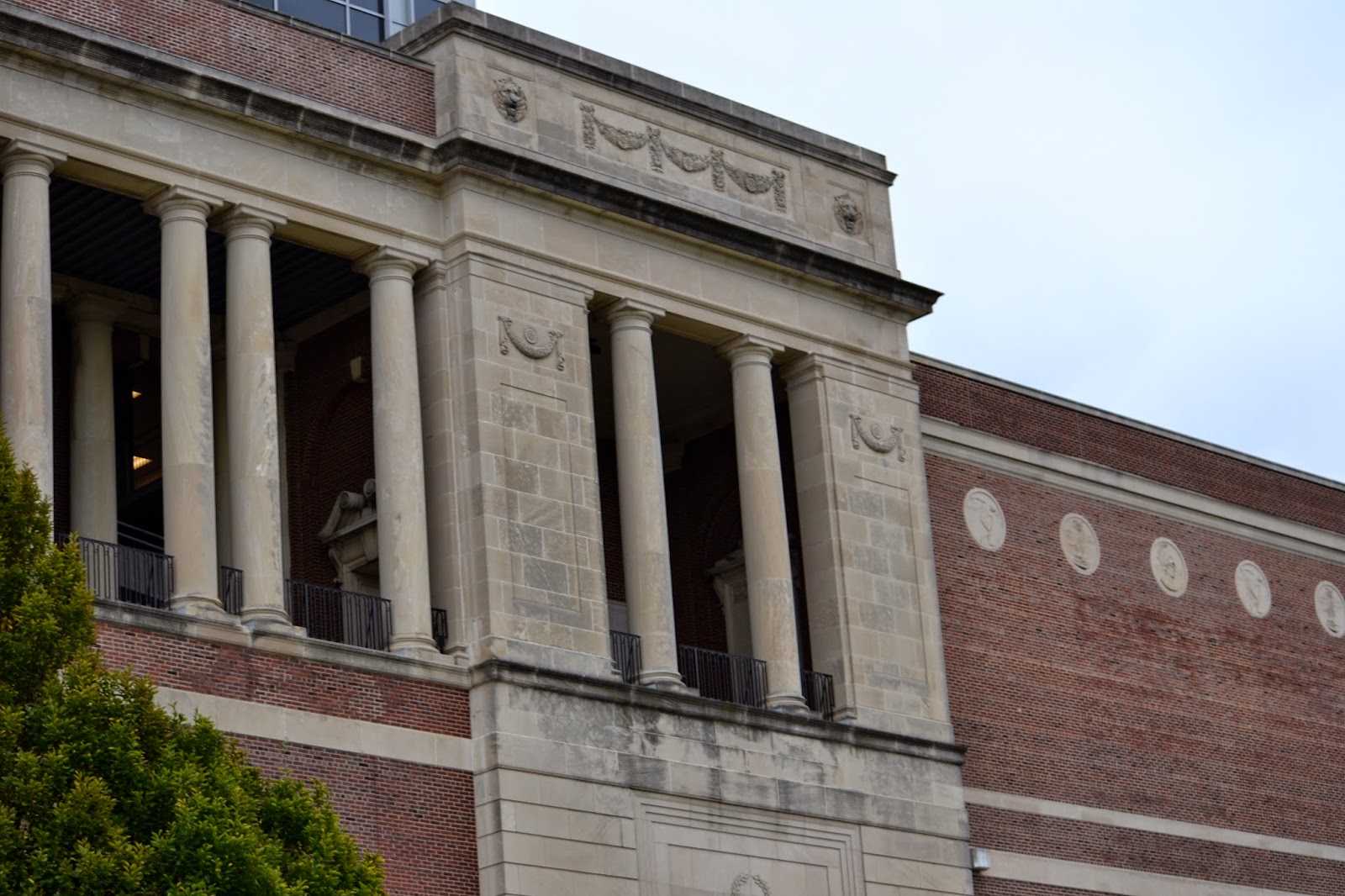 The stadium is primarily used as the home of the Univeristy's football team.  It was completed in 1923 and the first game played in a partially completed stadium was the Chicago-Illinois game on November 3, 1923, and the Fighting Illini were born. 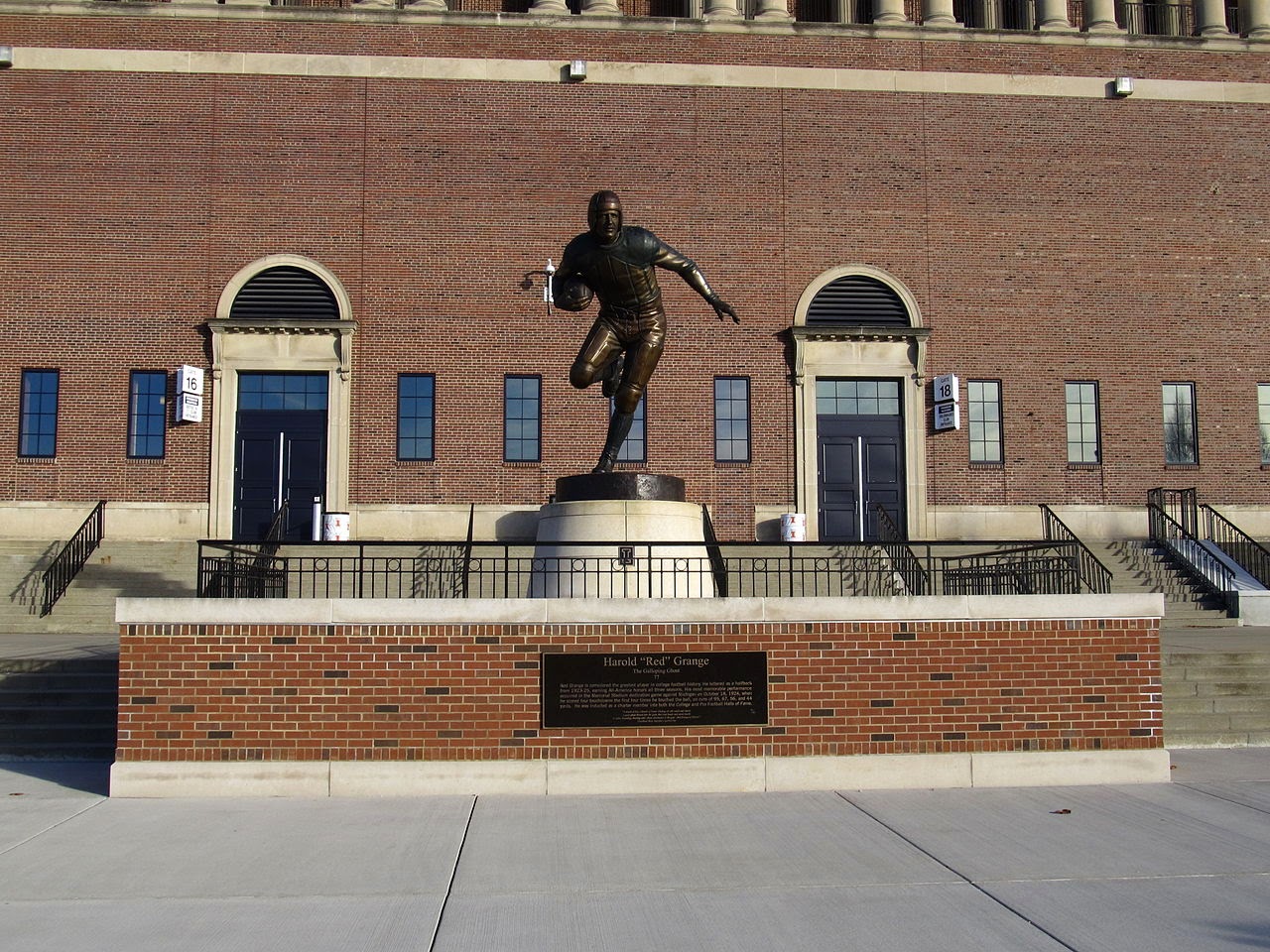 This statue of Harold Edward "Red" Grange, nicknamed "The Galloping Ghost". Red was a college and professional halfback for the University of Illinois footbal team, the Chicago Bears, and for a short-lived New York Yankees football team. In 2008, he was named the best college football player of all time by ESPN. 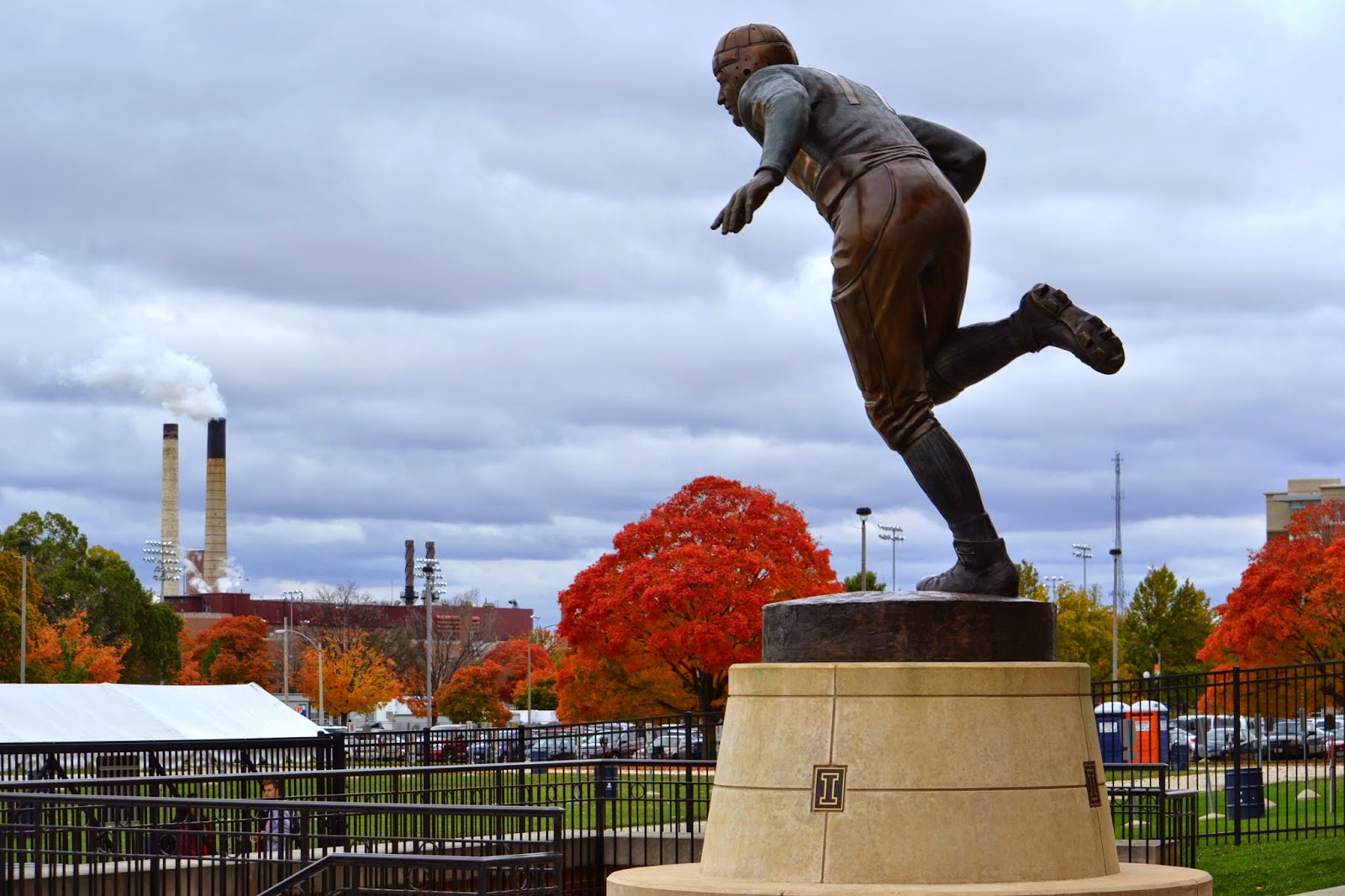 Although it is mainly used for football, this past weekend it was used to host the 2014 University of Illinois Band Championships, which is why I happened to be there this weekend. Missy Punk's high school band was in the competition. this is a shot I took Saturday. I finally found some beautiful fall trees. Here is where I will deviate from my normal "old stuff" post. 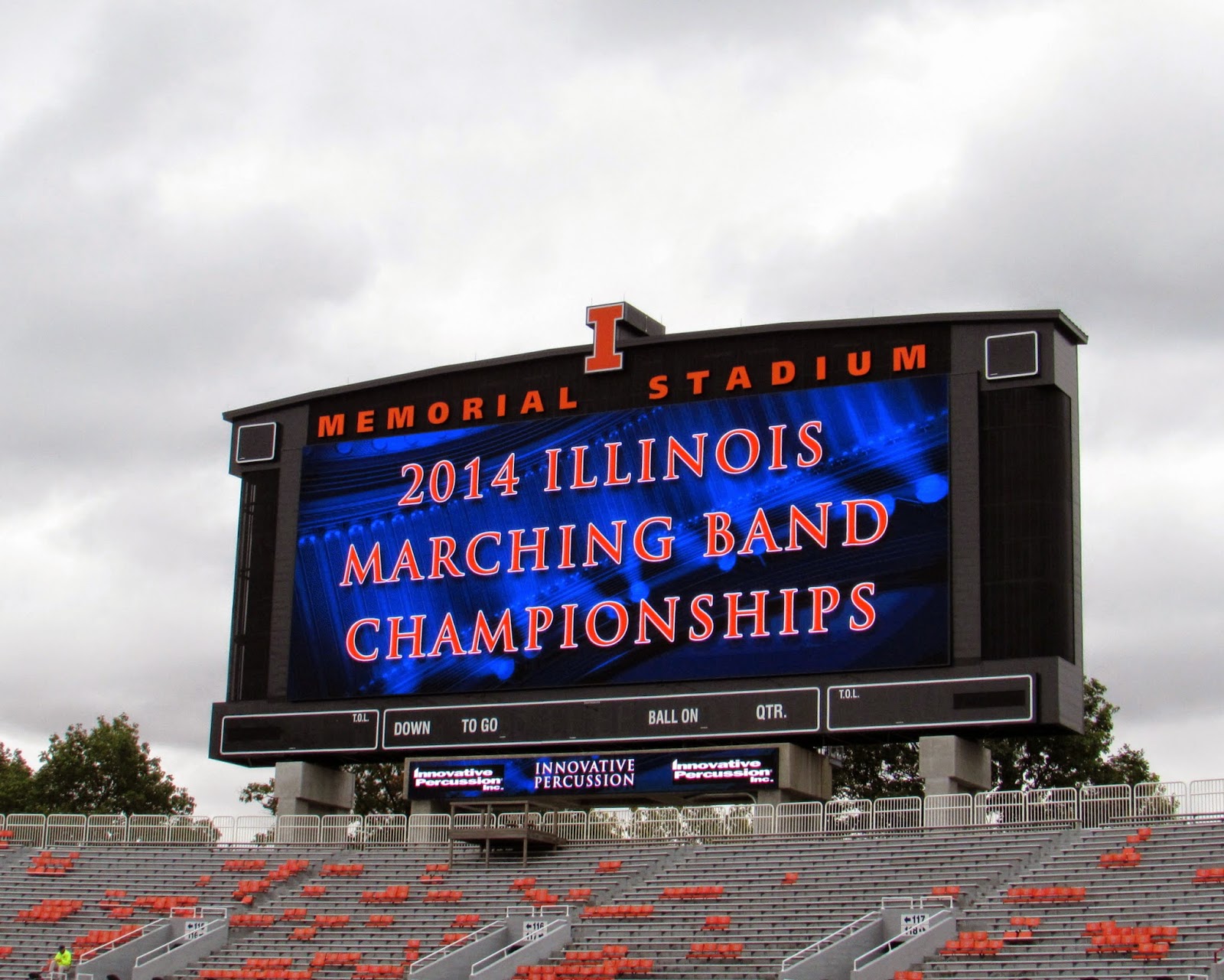 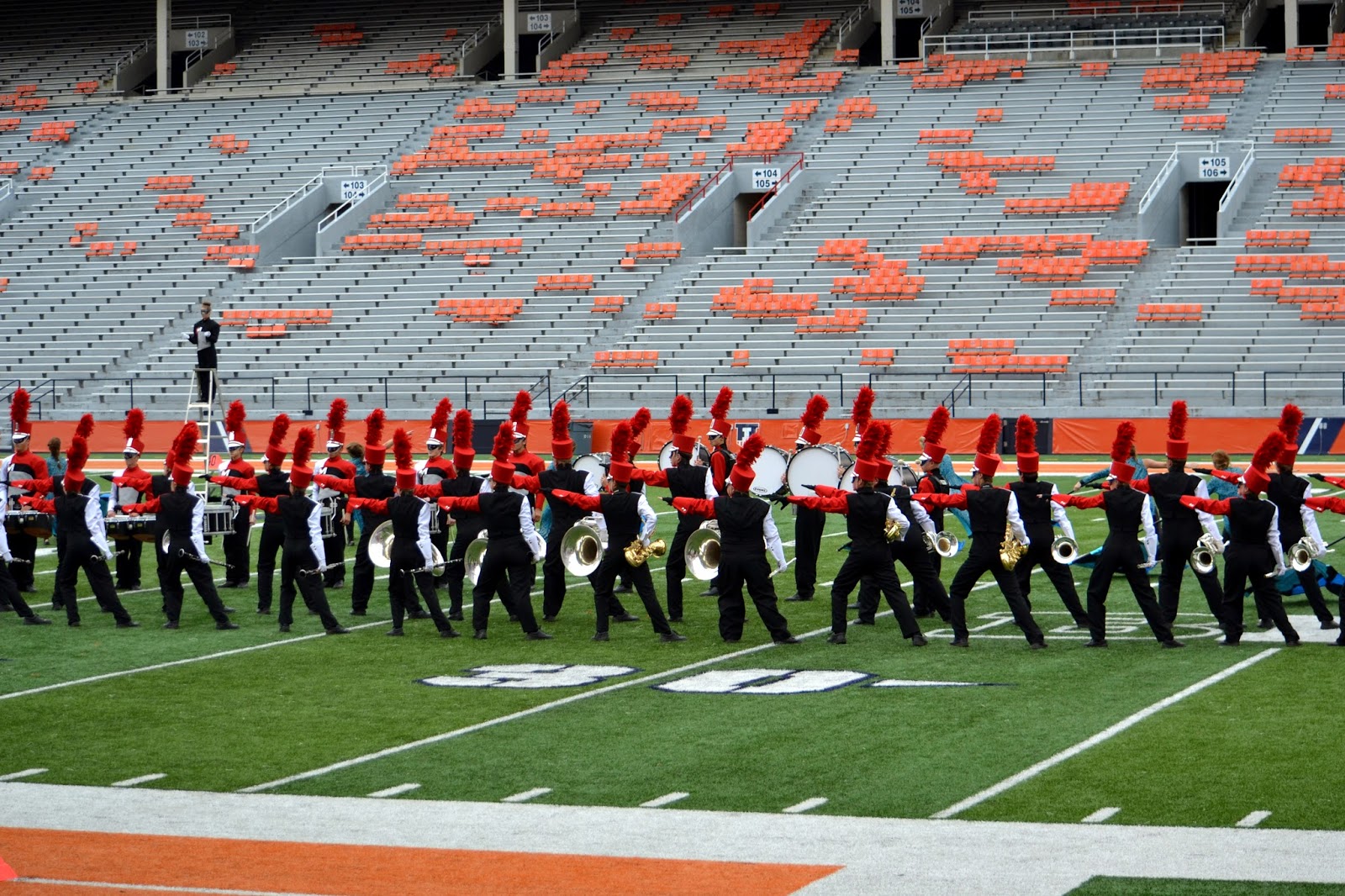 Punk's band got several awards, such as best performance, and a couple others that I can't remember.

Guess who the Grand Champions were? Yep, Punk's amazing band.