Last Monday was Book Club/Writer's Group night. Since I was early, I decided to drive by the covered bridge to see if there were any birds lurking about. I didn't find any bird opportunities, but did find a dog. I thought he was a stray since I didn't see a collar, but he looks well cared for so he probably lives at the house up on the hill behind me. I dug out my camera to take his picture... 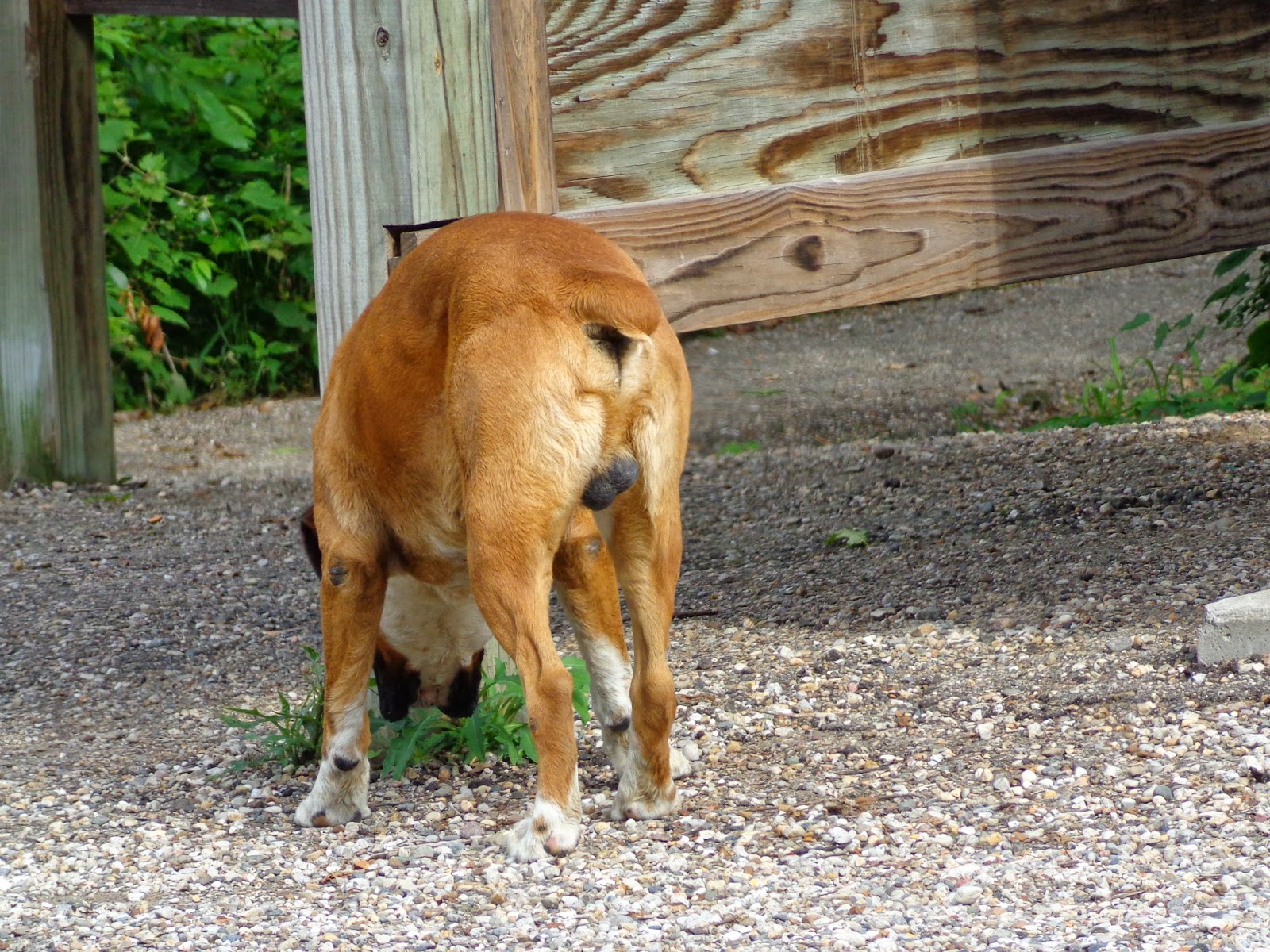 ...and he promptly walked away, leaving me with yet another moon shot for my collection... 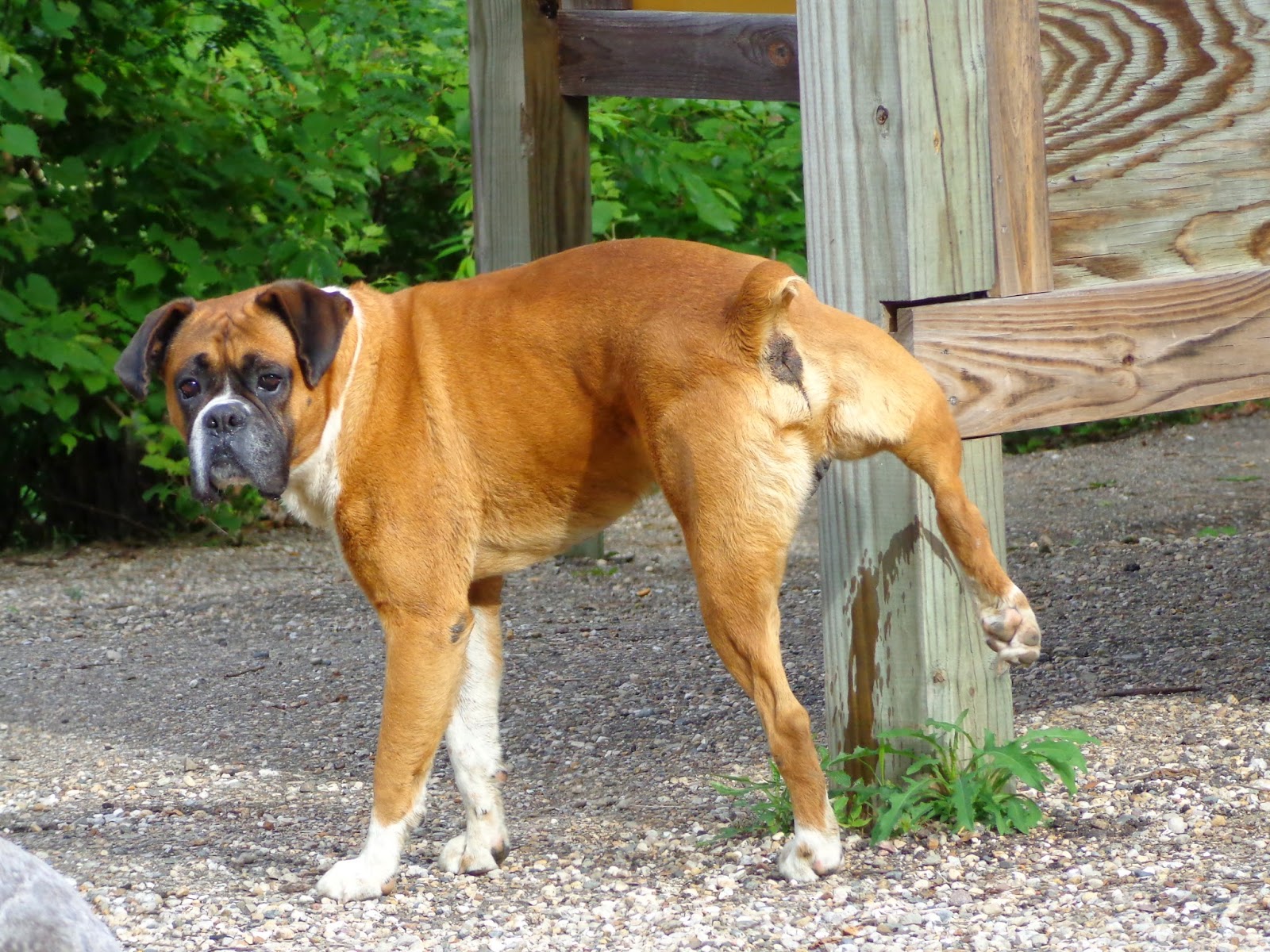 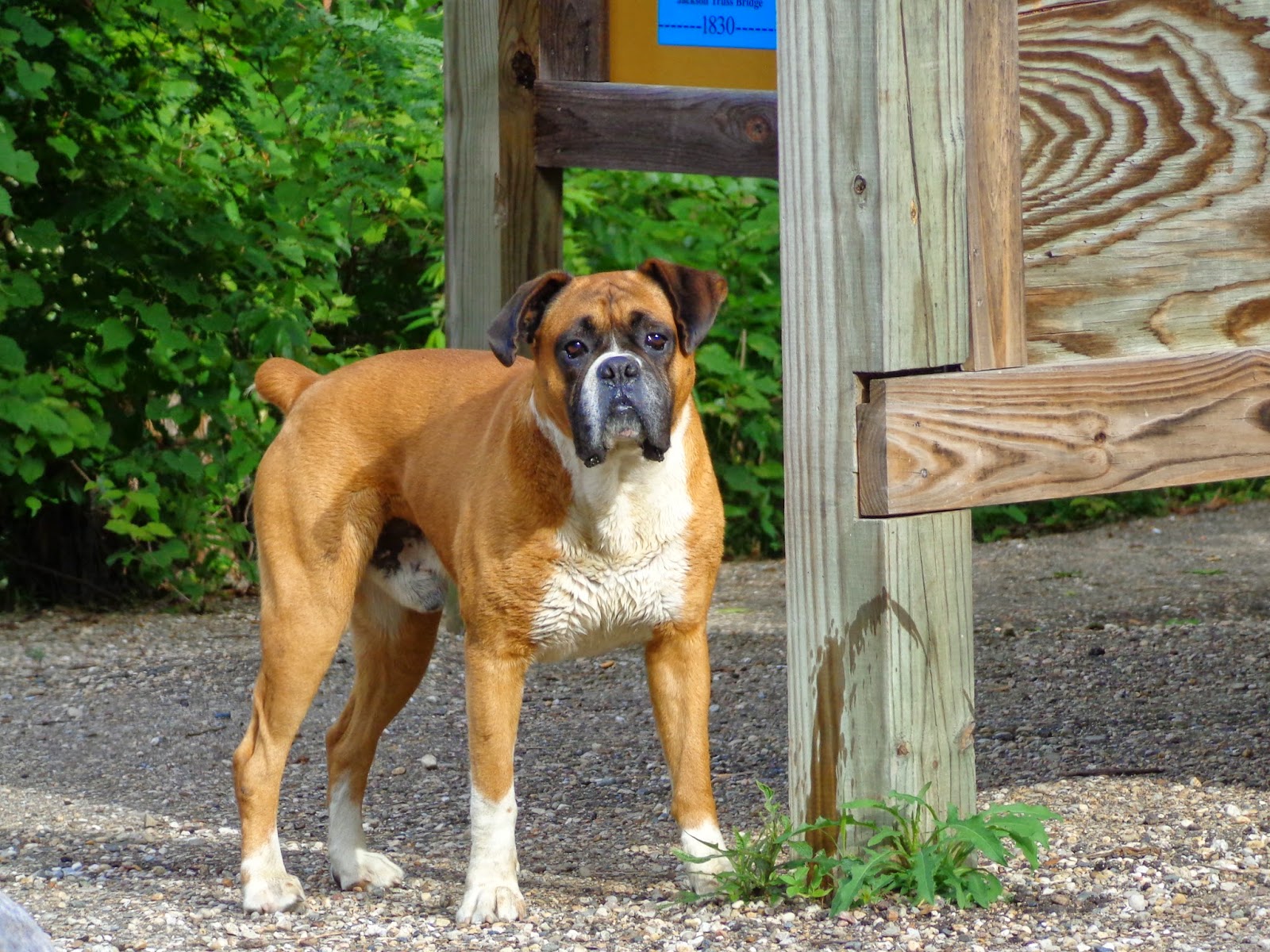 ...and then turned around and looked at me as if to say, "Take that!" I guess he didn't want his picture taken. 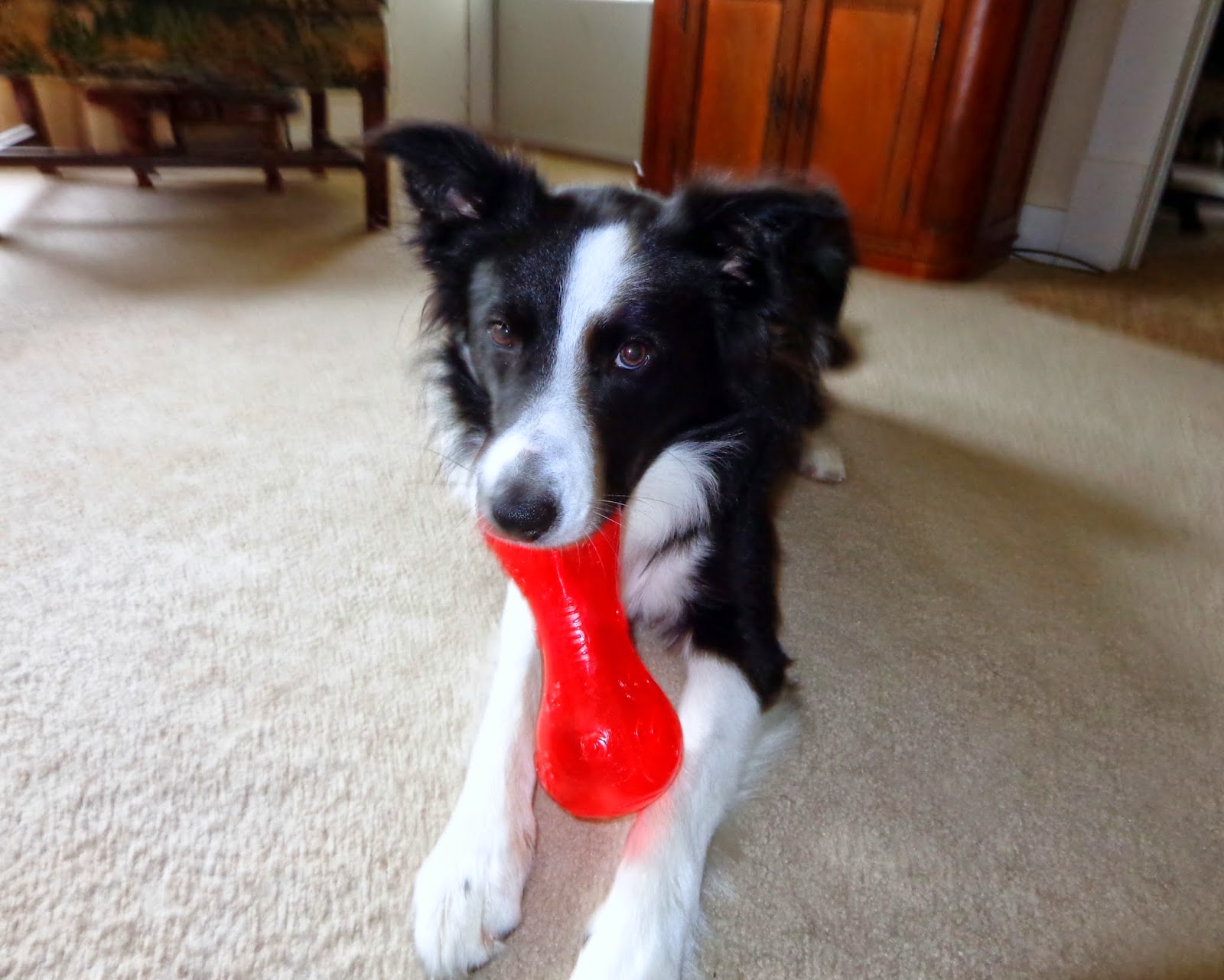 Then there is my beloved pup, Fergus. His pop bought him a new toy. He is obsessed with it. So much so that we had to hide it when he wasn't looking. We put it in the cabinet, which you see behind him. Unfortunately, the nose knows, so we had to give it back or risk having sawdust in the carpet. I think it is laced with the doggie equivelent of catnip.

Linking to Saturday's Critters
Posted by Roan at 6:17 AM 22 comments

As I was driving along a main street in Mattoon, I happened to look down a side road and saw... 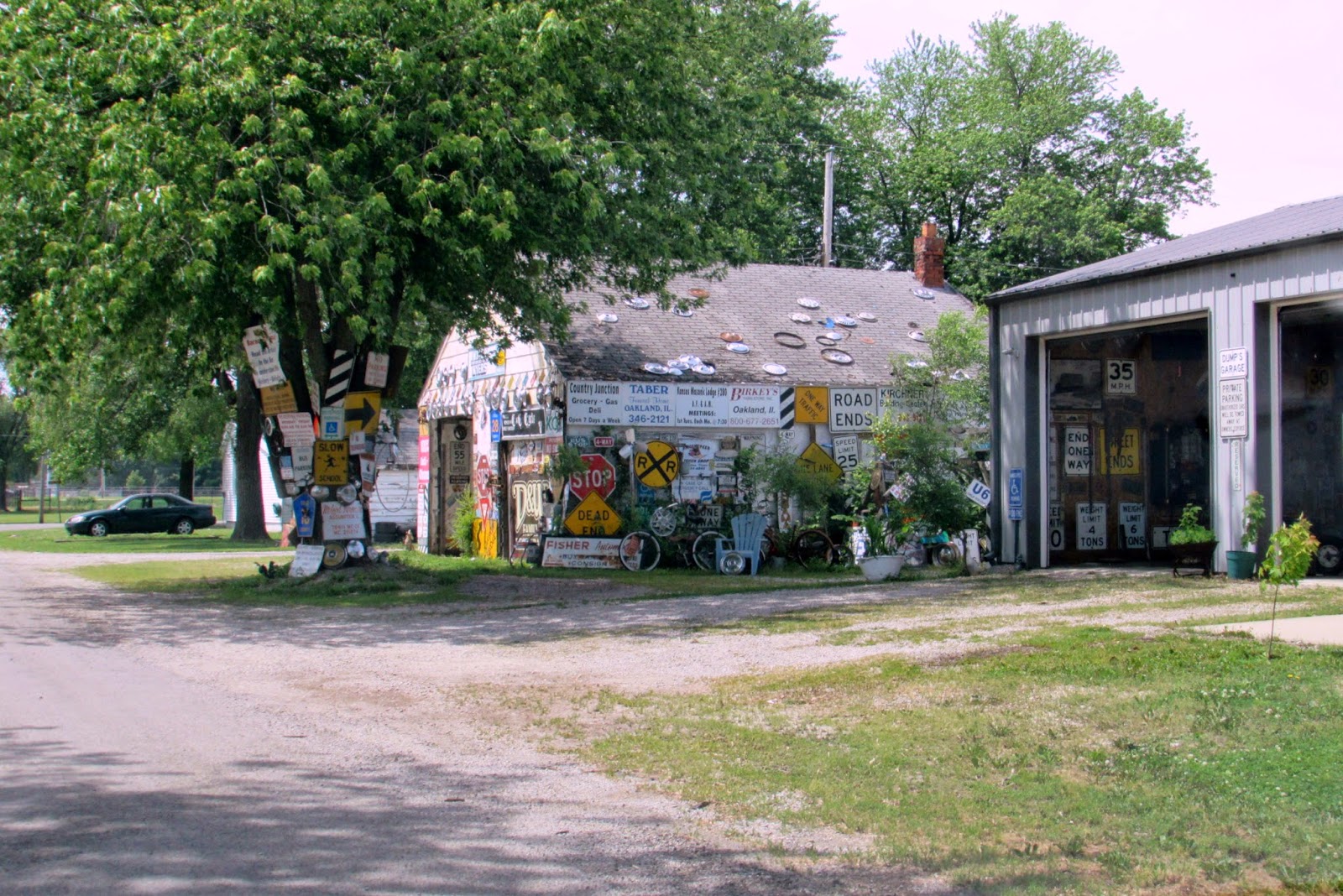 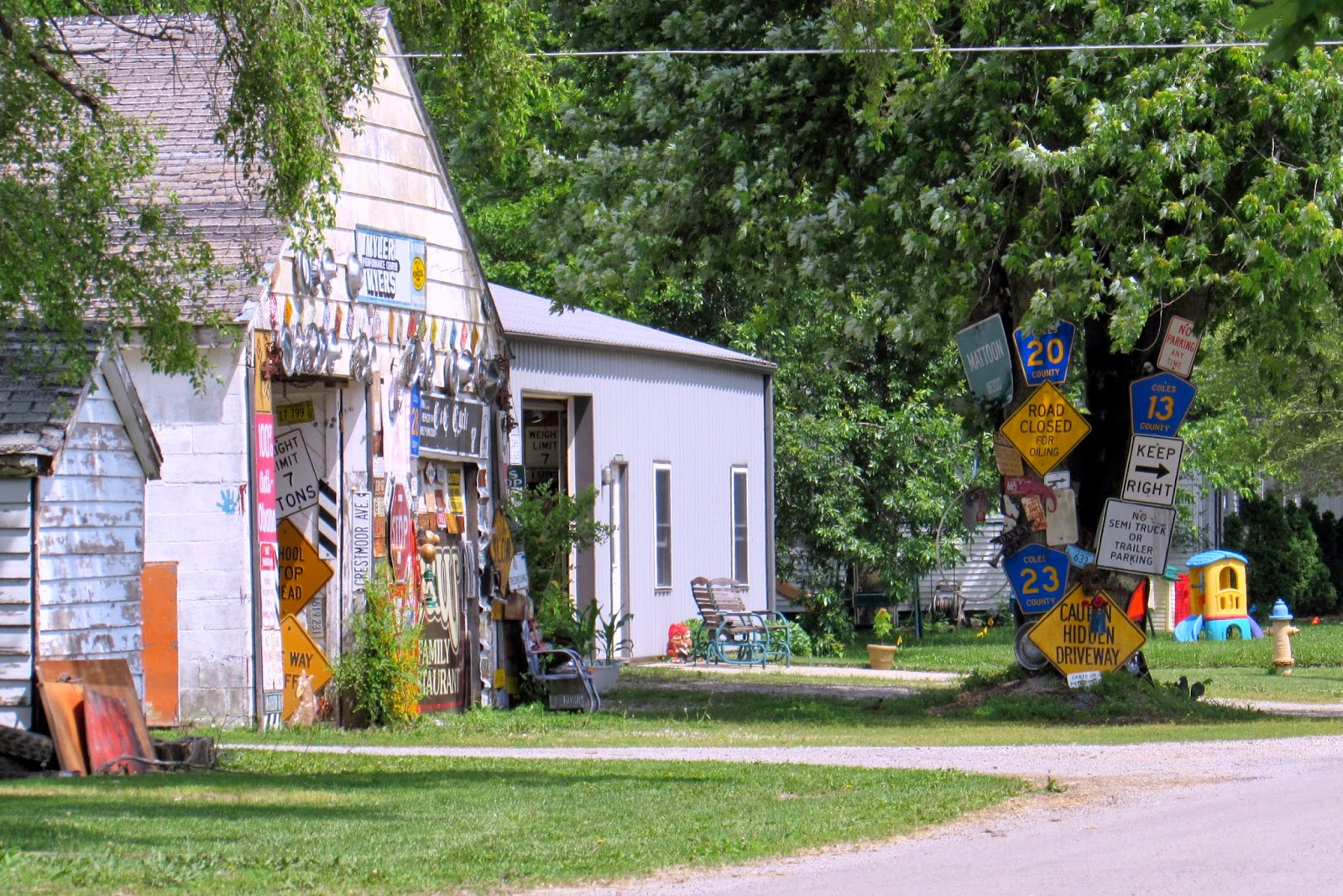 So, of course, I went around the block and took a picture from the opposite direction. The man must love signs! I can't remember ever seeing this many in one place. 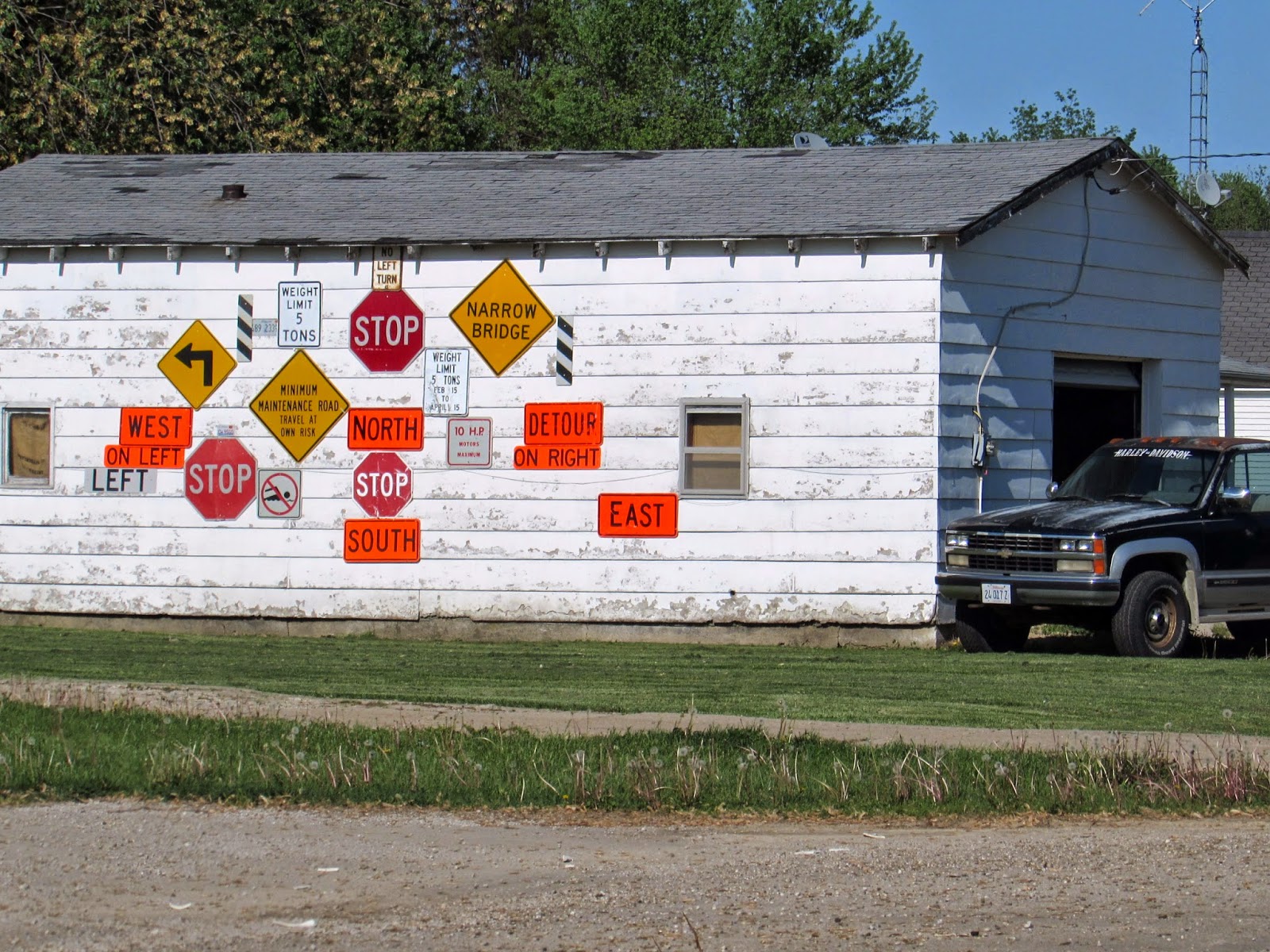 And then I saw this building in a small town called Janesville. His sign collection isn't quite as impressive as the other fella's, but impressive none the less.

It's Friday for all you working folks, like me, out there. Yay! Happy Friday!
Posted by Roan at 6:42 AM 19 comments

Feeling nostalgic, I turned down an old country road... 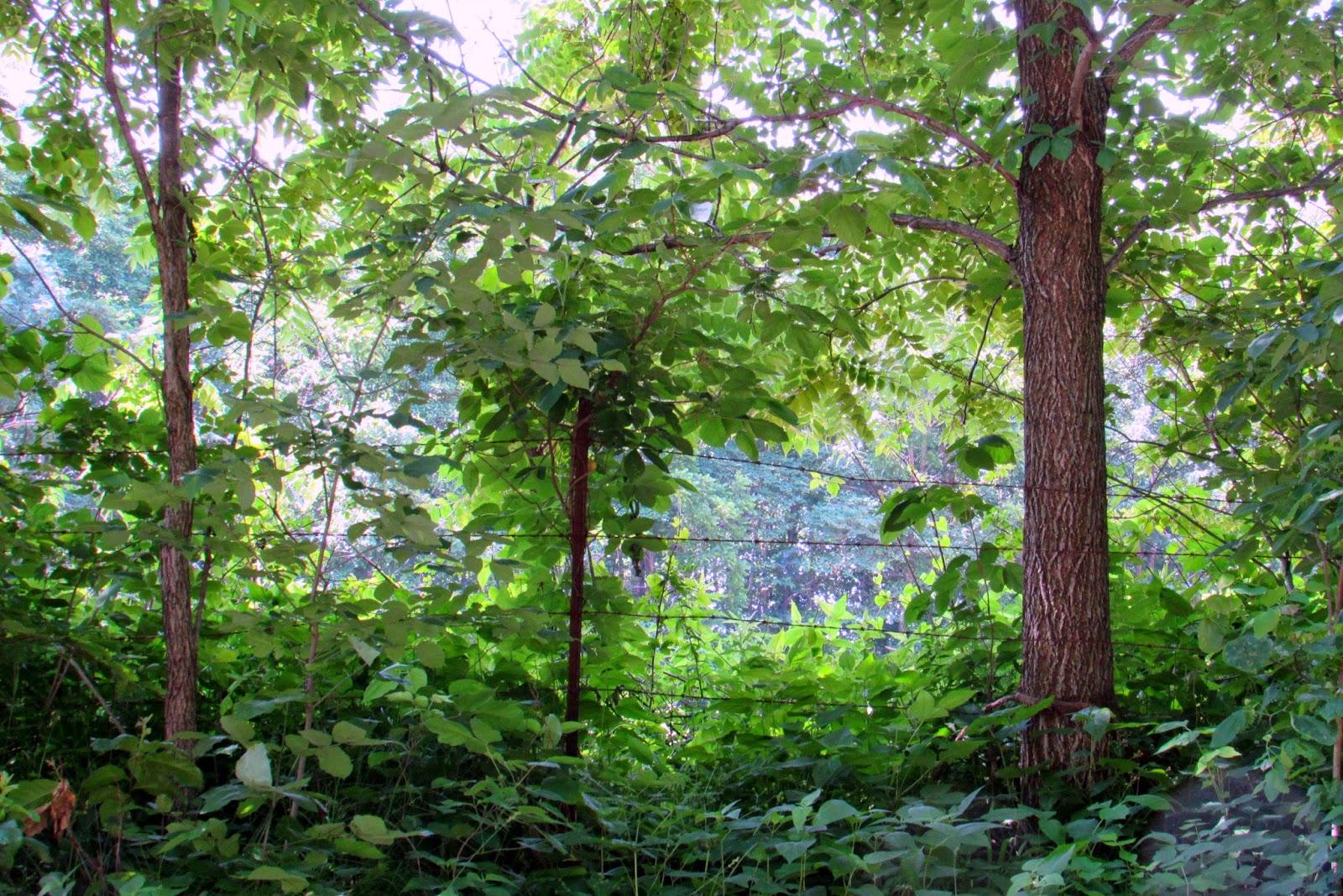 ...and found this fence. 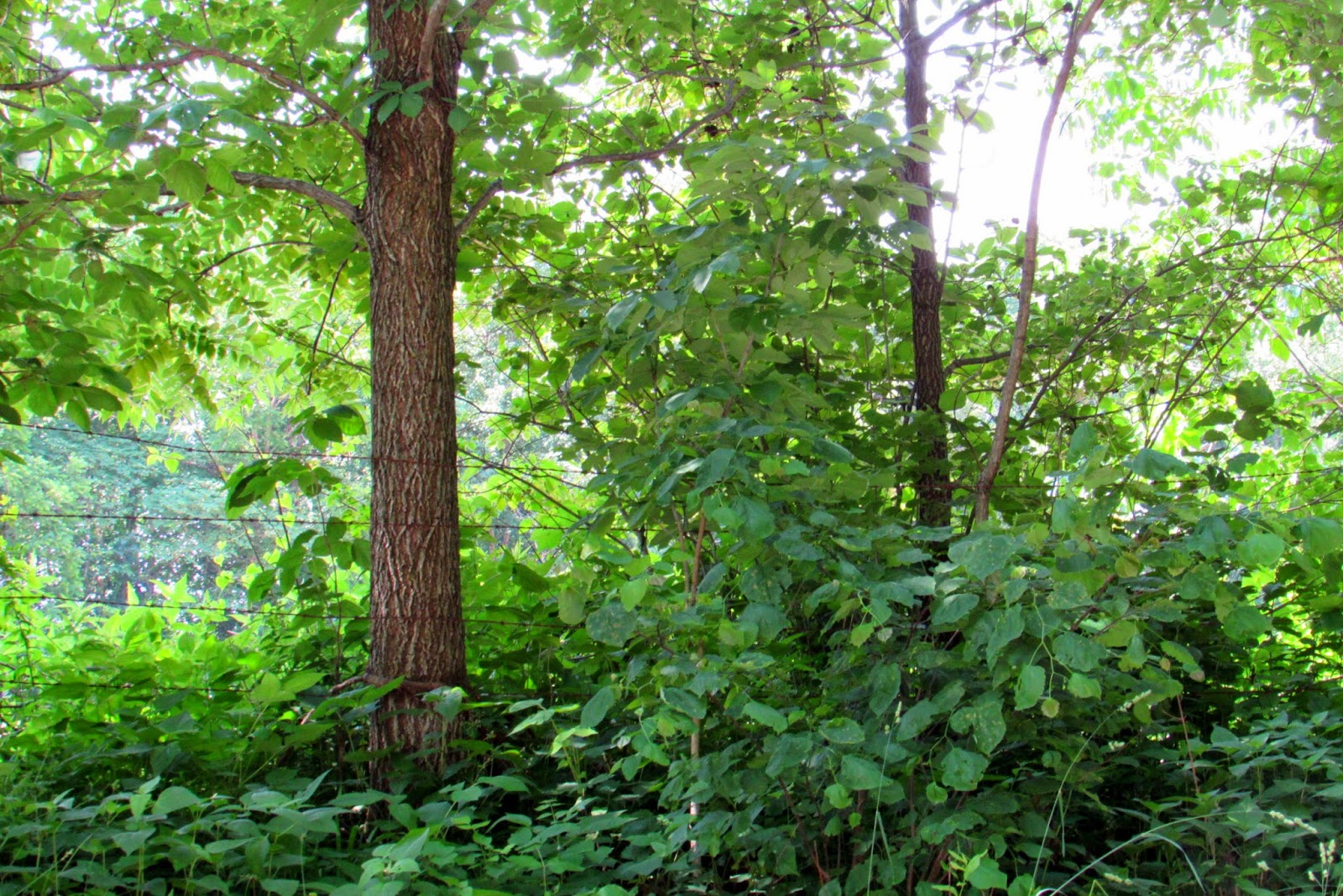 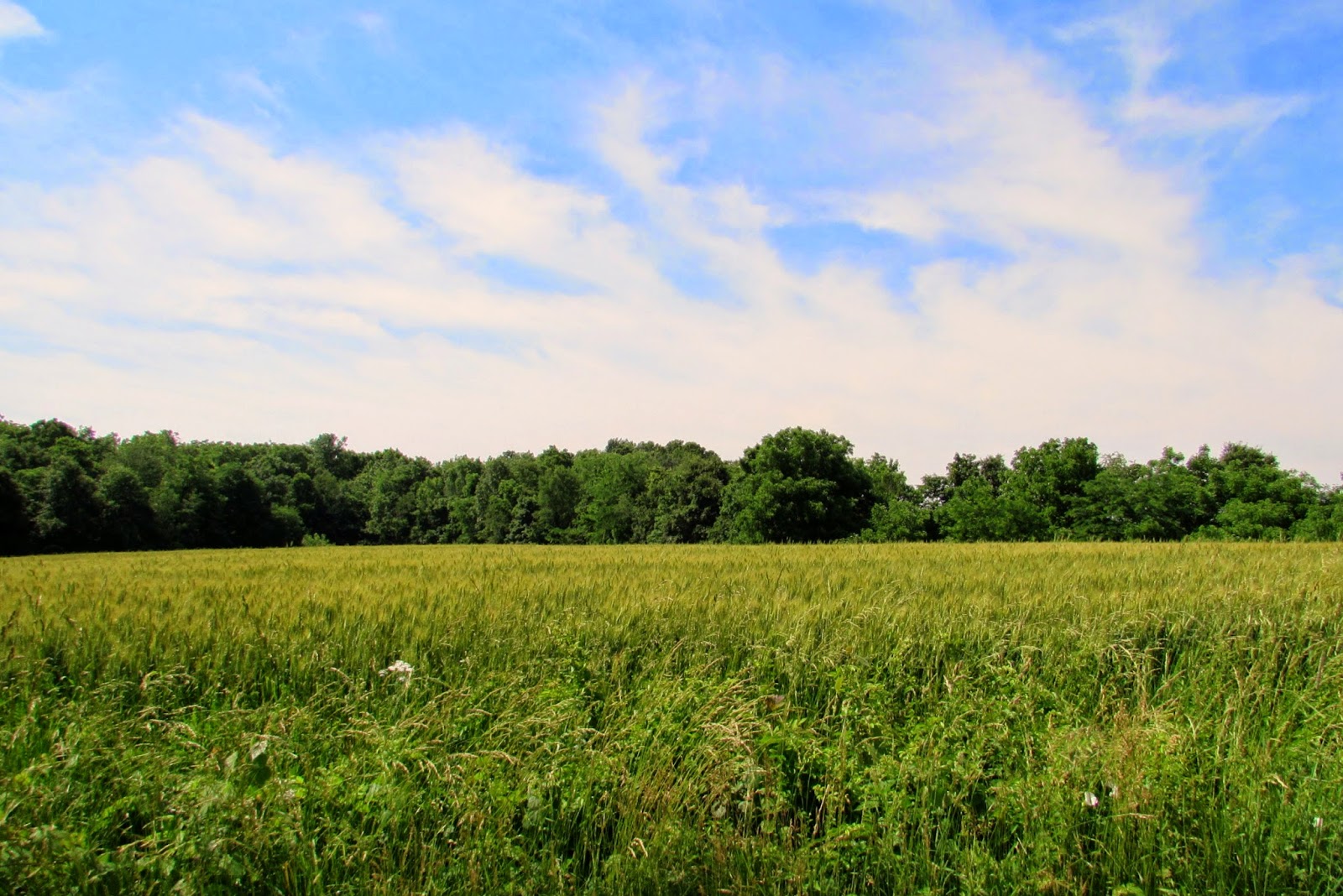 On down the road I passed what once was my farm. 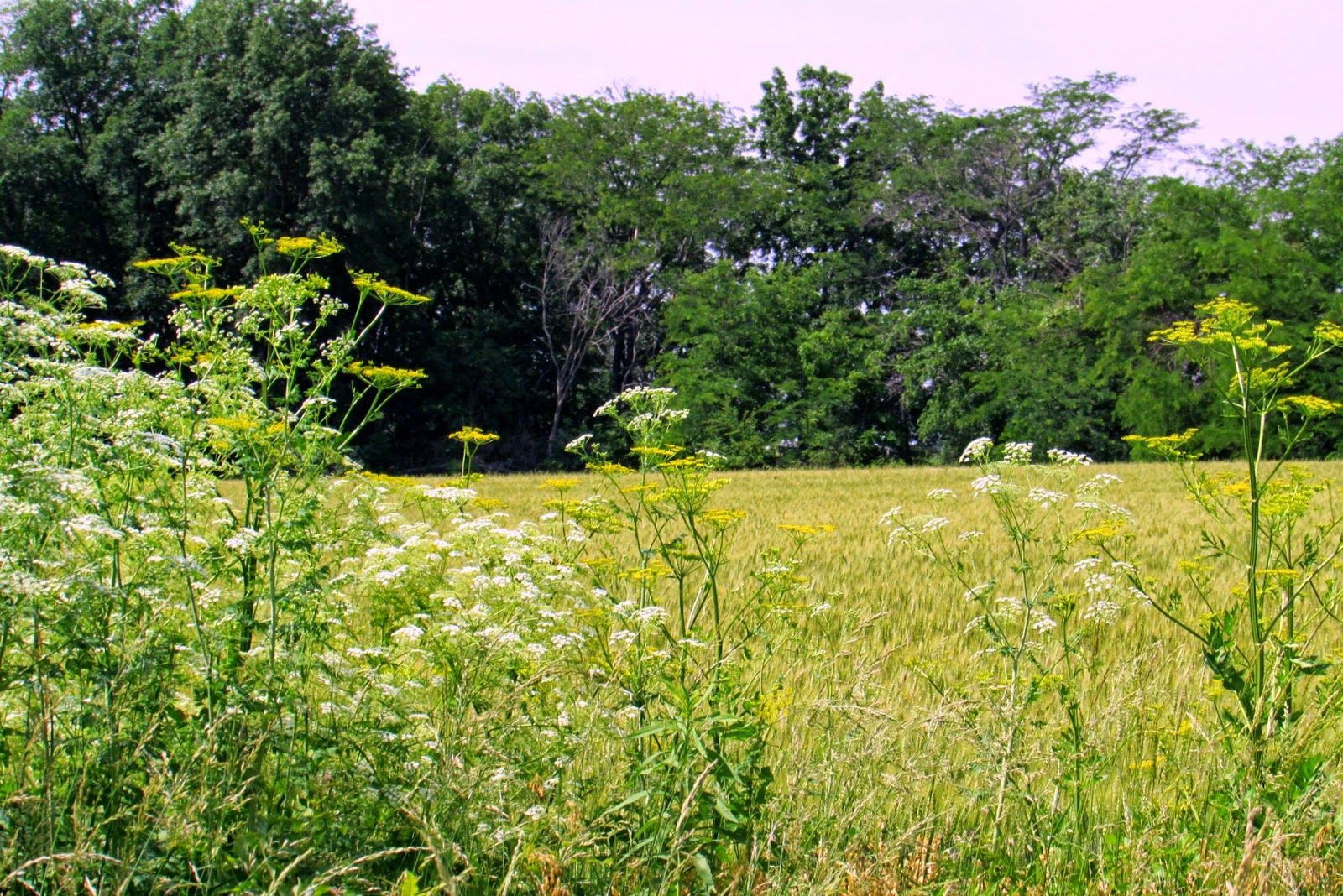 There is a wheat field beyond those wild flowers. 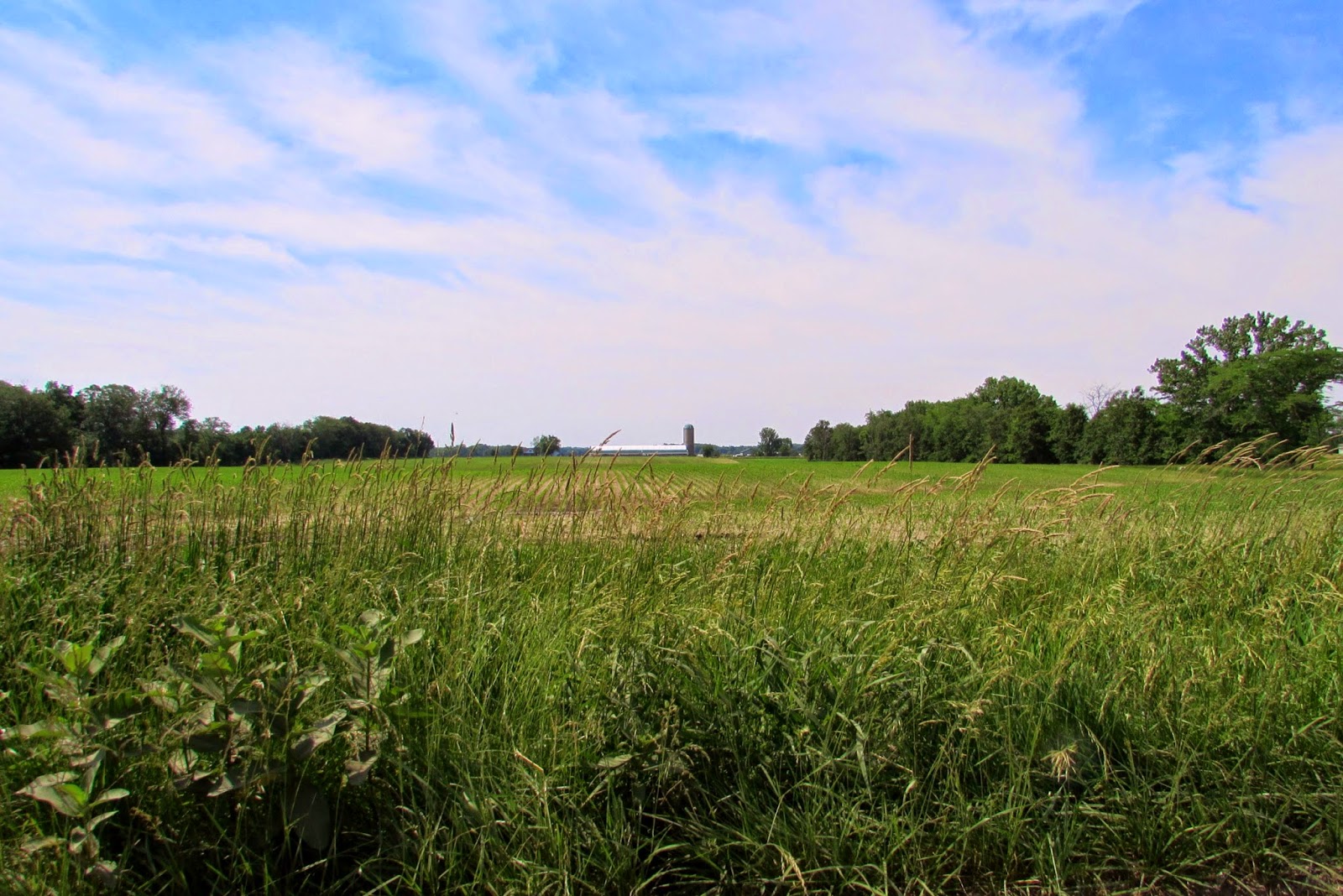 The pond is to the right of that silo way over yonder. I have had sellers remorse since the day the papers were signed.

Linking to Skywatch Friday
Posted by Roan at 8:15 PM 30 comments

I'm out of interesting birds to post, so drug out one from the archives. I have posted this one before, but it is one of my favorites since this was a new bird to me and I haven't seen one since. 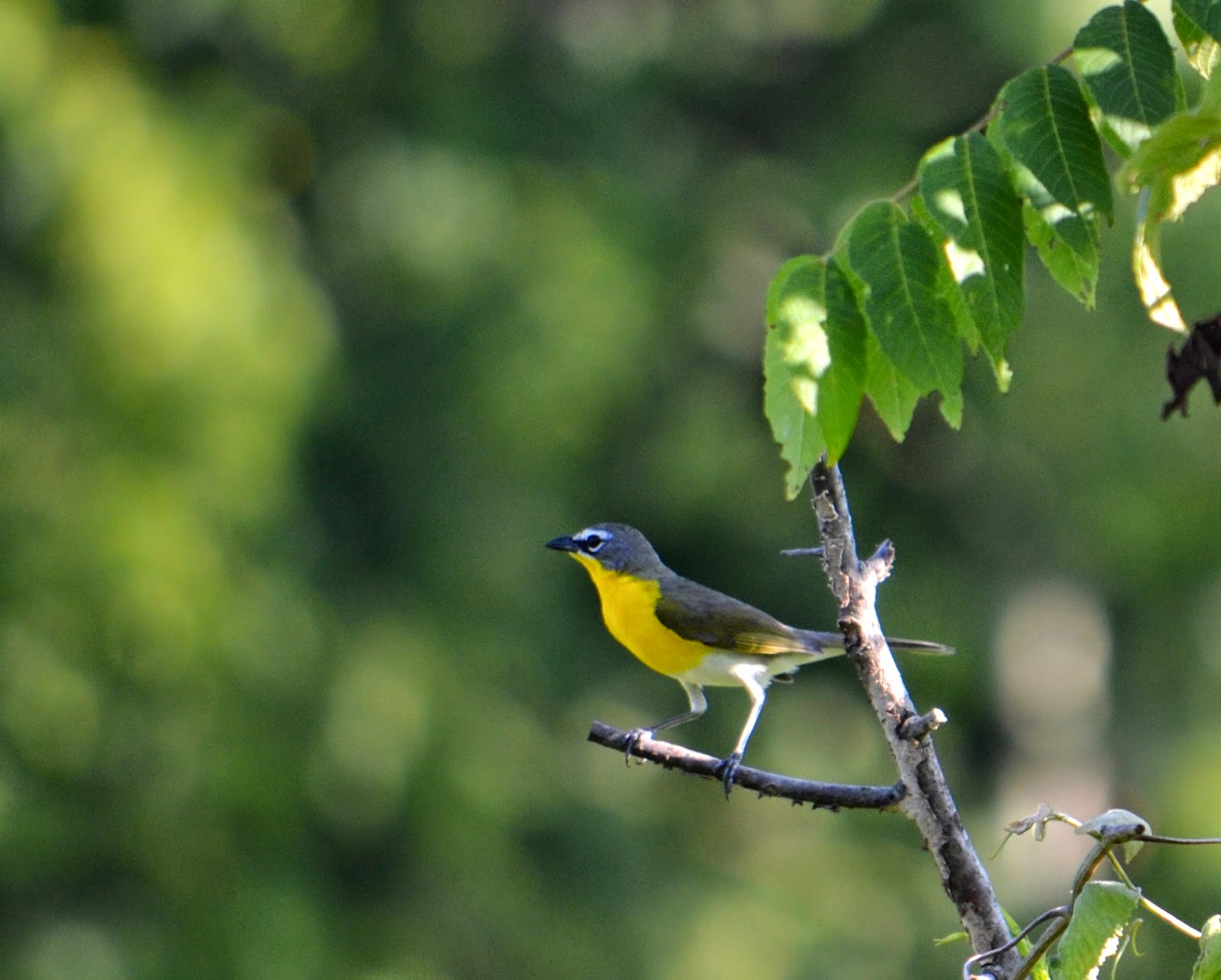 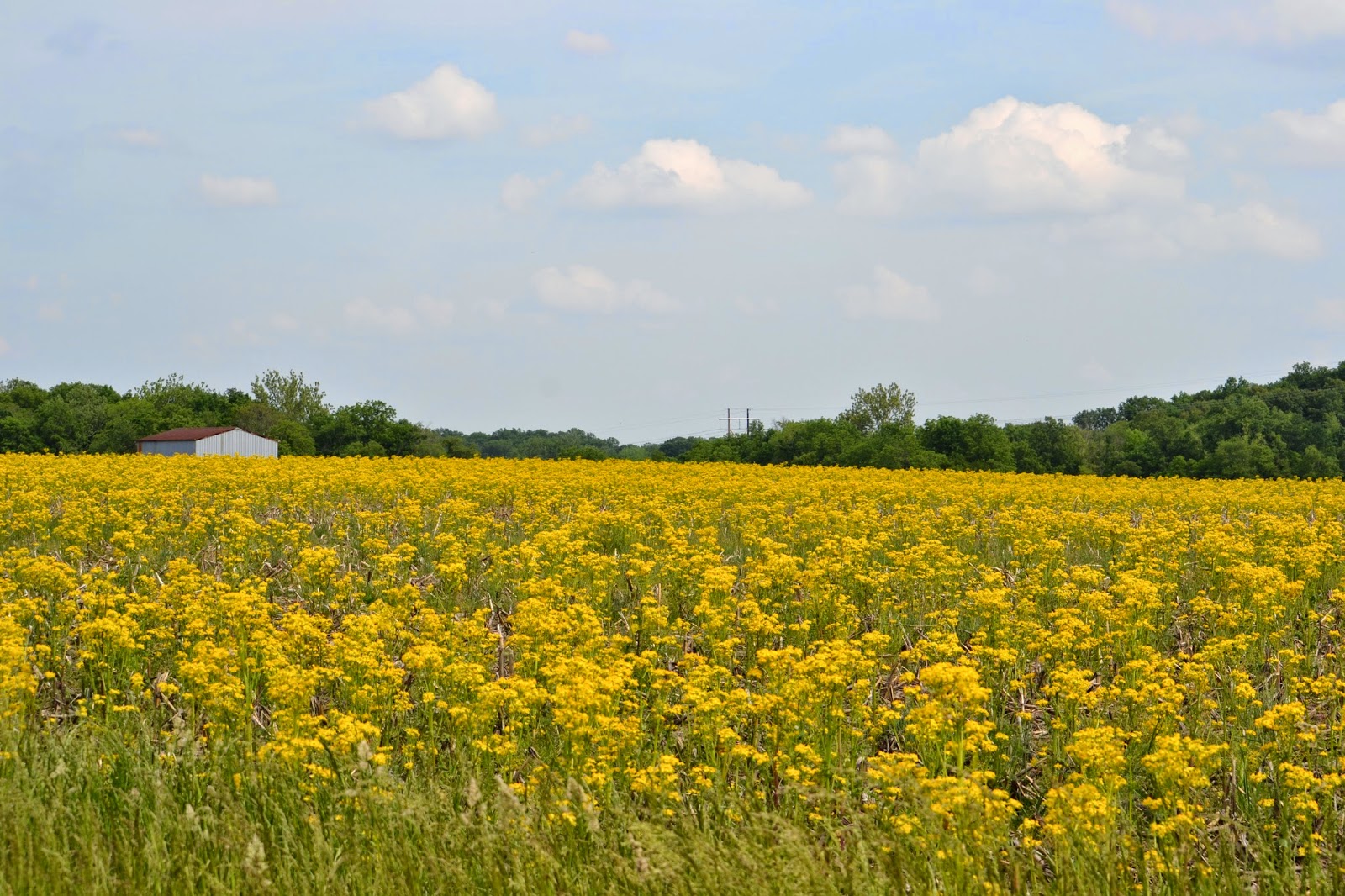 On the way to Bro O's to work in the garden we pass this field. Farmers consider them weeds, but I always think of it as a beautiful field of wildflowers. Wild Mustard. 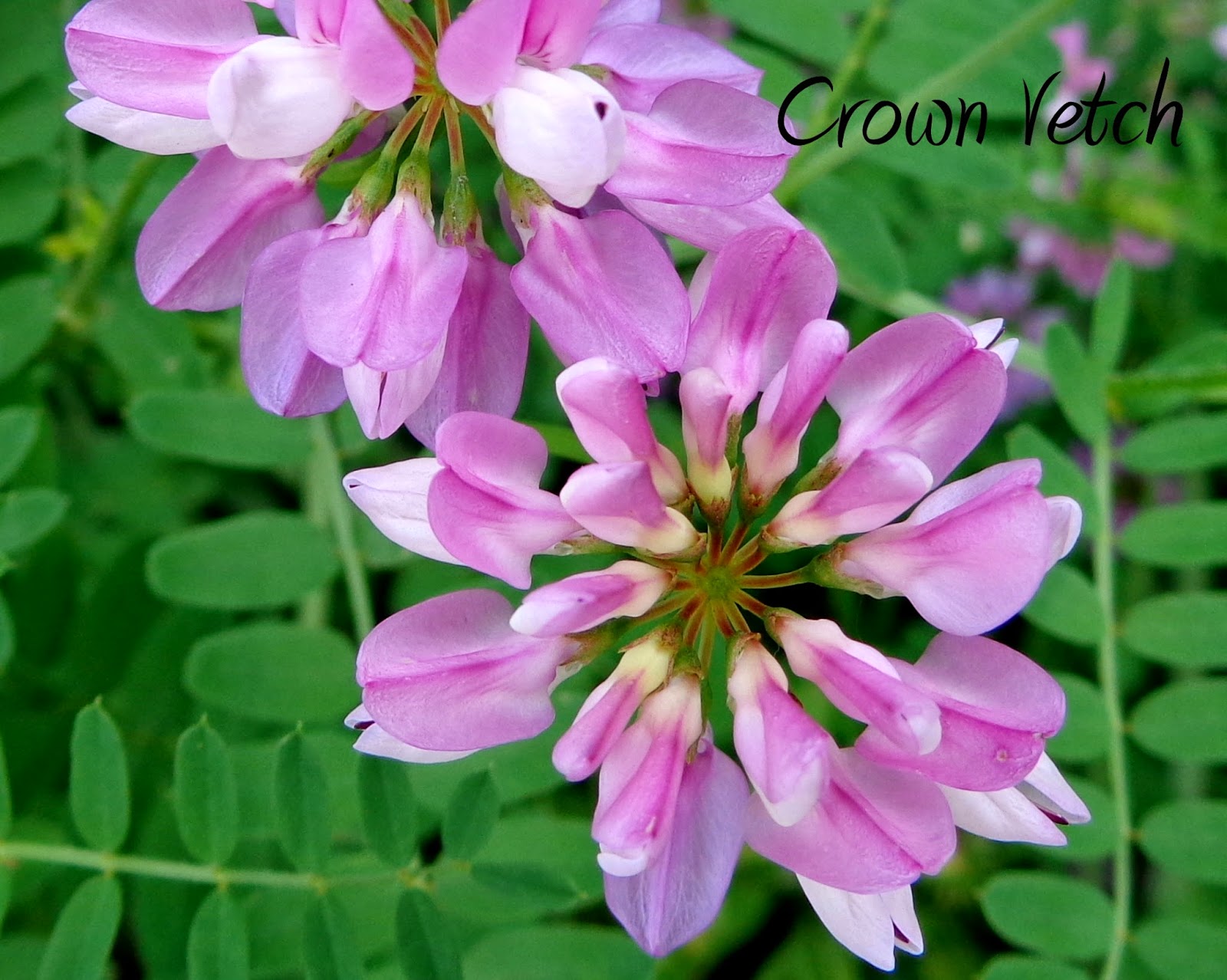 I found these on my saturday ramble. There were growing alongside the road near a bridge. Crown Vetch.

I seem to have made someone angry because I missed commenting on their post last week for Rubbish Tuesday.I try to comment on everyone that links up and thought I had.  I admit to being an imperfect soul, and I apologize.

Yesterday on my ramble, I decided to drive to Mattoon, IL to see if I could find anything of interest. As I drove downtown on Broadway I remembered the old theater. 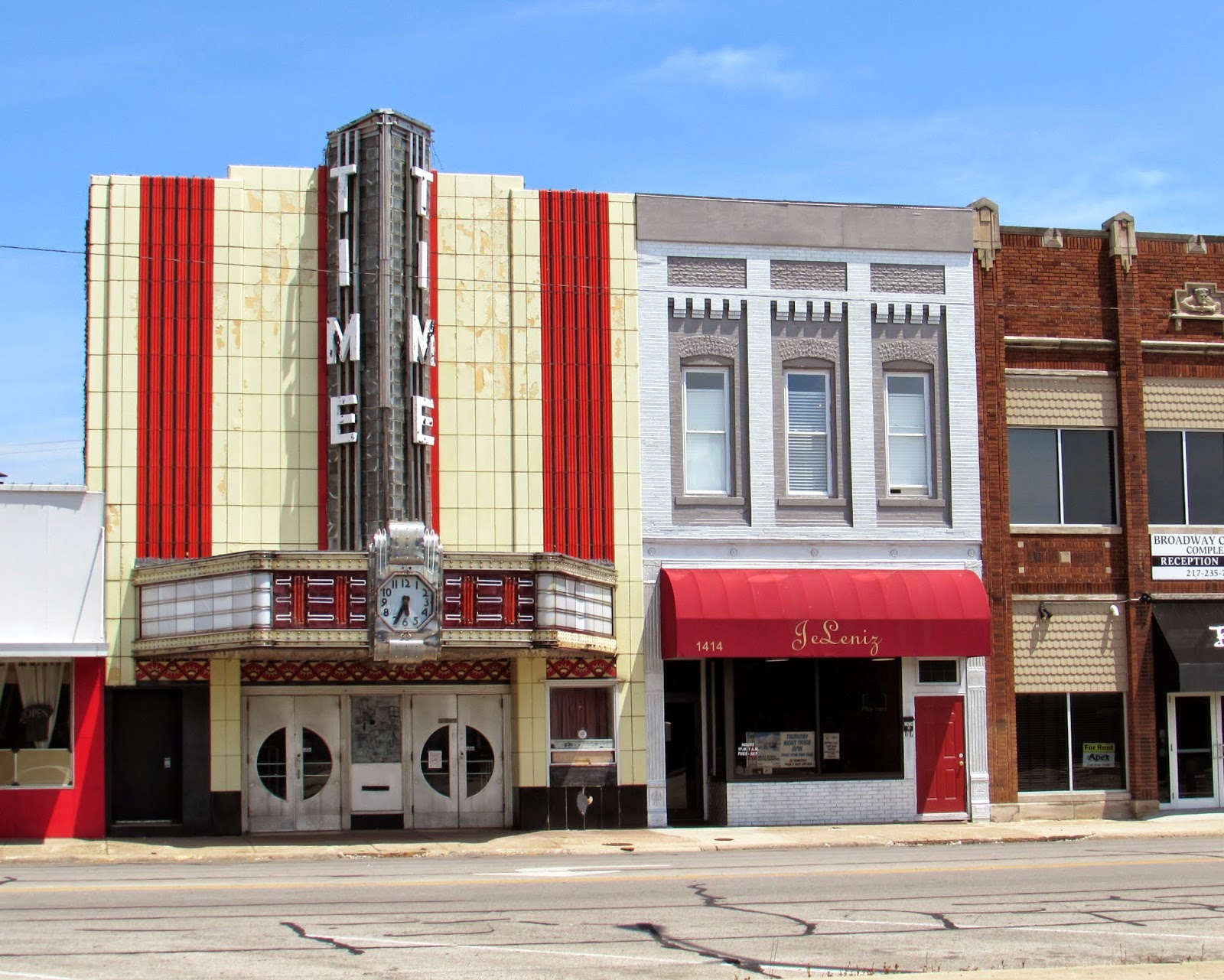 It was called Time Theater. I never questioned why until now. Since it is no longer a movie theater, guess we will never know.

The Time replaced the Grand Theater which burned down in 1938. It was rebuilt in Art Deco style and renamed Time Theater. What you see is the original building, still in great shape.

It stopped showing movies in the 1980s and was transformed into a concert venue/banquet hall in 2002. It closed down a couple of years later. 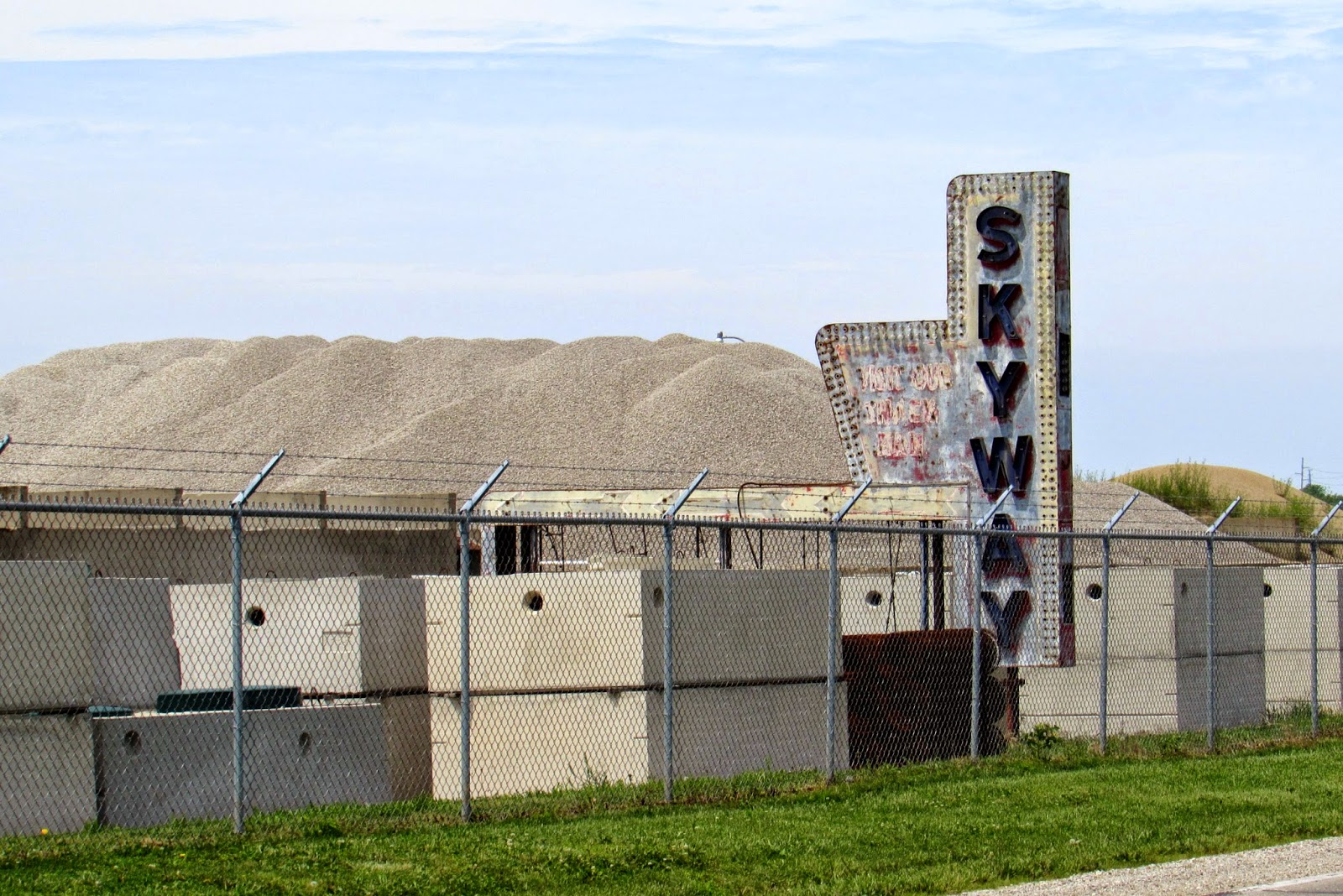 While taking pictures of Time Theater, I remembered the old Skyway Drive-in that used to be on the outskirts of town. It is now a concrete company, but low and behold, even though the screen and concession standa re long gone, the old sign is still there!

I think I need to clarify the Rubbish Tuesday blog hop. Some bloggers out there seem to think it is only for posting trash, which isn't correct. Although, trash is certainly welcome if it's old and that's your cup of tea. I named it Rubbish Tuesday specifically to encompass the name of this blog, Rubbish by Roan.  My idea was to have a place to post 'old things'.  Anything old and/or deteriorating such as old houses, barns, outbuildings, old cars, rusty things, antiques, interesting junk, or it can be something in pristine condition, but just old. The only criteria I'm looking for is 'old'. I guess I should have named it something else, but too late now. If you have any questions, please feel free to email me. My address is under the Contact tab below my header. I hope you will join in the fun.