Keeping my vow to visit some of the tiny towns around here, yesterday I took a drive down to Hunt City, Illinois, which is about 25 miles southest.  According to the 2010 census, its population was then 282. A very small town.  As far as I can tell, it's only claim to fame is Burl Ives. 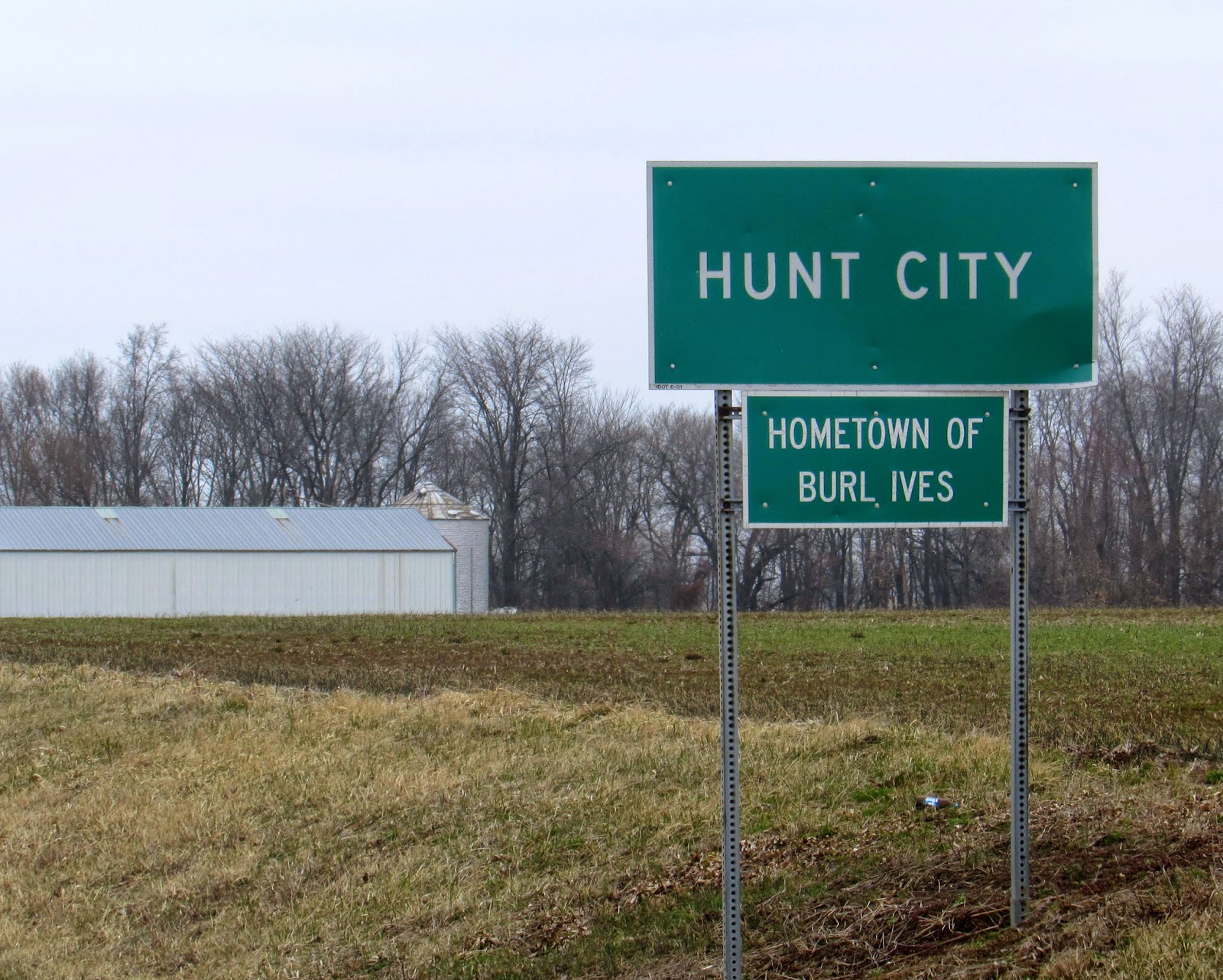 Burl Icle Ivanhoe Ives was born on June 14, 1909 near Hunt City, Illinois. He was an actor, writer, and folk singer.

He began his singing career in the garden with his mother. His uncle heard them singing and invited his nephew to sing at an old soldier's reunion in Hunt City. He impressed the audience by singing the folk ballad, Barbara Allen.

From 1927 to 1929, Ives attended Eastern Illinois State Teacher's College, which is now known as Eastern Illinois University in Charleston, Illinois, where he played football. My neighbor and 7th and 8th grade math teacher, was his classmate. During his junior year, he was sitting in English class, when he suddenly decided he was wasting his time. As he walked out the door, the professor made a snide remark and Ives slammed the door behind him. Sixty years later, the school named a building after its most famous dropout. (Well, most famous alumni until Tony Romo attended Eastern)

During the early 1930s, Ives traveled the U.S. as an itinerant singer, doing odd jobs and playing his banjo to earn his way. He was jailed in Mona, Utah for vagrancy and for singing a song the authorities decided was a bawdy song titled, Foggy, Foggy Dew.

1931 found Ives performing on a WBOW radio station in Terre Haute, Indiana, which is approximately 50 miles from his hometown of Hunt City, Illinois. He also attended classes at Indiana State Teachers College, which is now Indiana State University. During the latter part of the 1930s, he attended The Julliard School in New York. I guess he decided school wasn't a waste of time after all.

In 1940, Ives began his own radio show called The Wayfaring Stranger. Over the next few years, he popularized several folk songs of which my favorite is Big Rock Candy Mountain.

In the 50s and 60s, he appeared in several movies: East of Eden, Desire Under the Elms, Wind Across the Everglades, The Big County (for which he won an Academy Award for Best Supporting Actor), a sequal to Mister Roberts, Our Man in Havanah, and my favorite Burl Ives role, Big Daddy in Cat on a Hot Tin Roof. 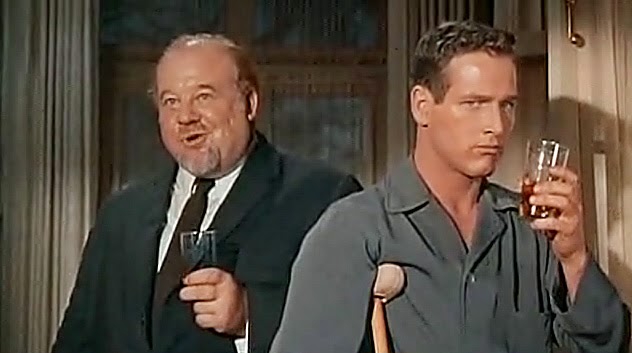 (Photo courtesy of Wiki Commons)
I may have enjoyed the movie more because I was madly in love with Paul Newman at the time. Wasn't he a handsome man?

Burl Ives was well known as being a pipe smoker, but he also smoked cigars. In 1994, he was diagnosed with oral cancer. After several surgeries, he decided against further treatment. On April 14, 1995 he died of complications at the age of 85, at his home in Anacortes, Washington. He was burried in Mound Cemetery near his hometown. 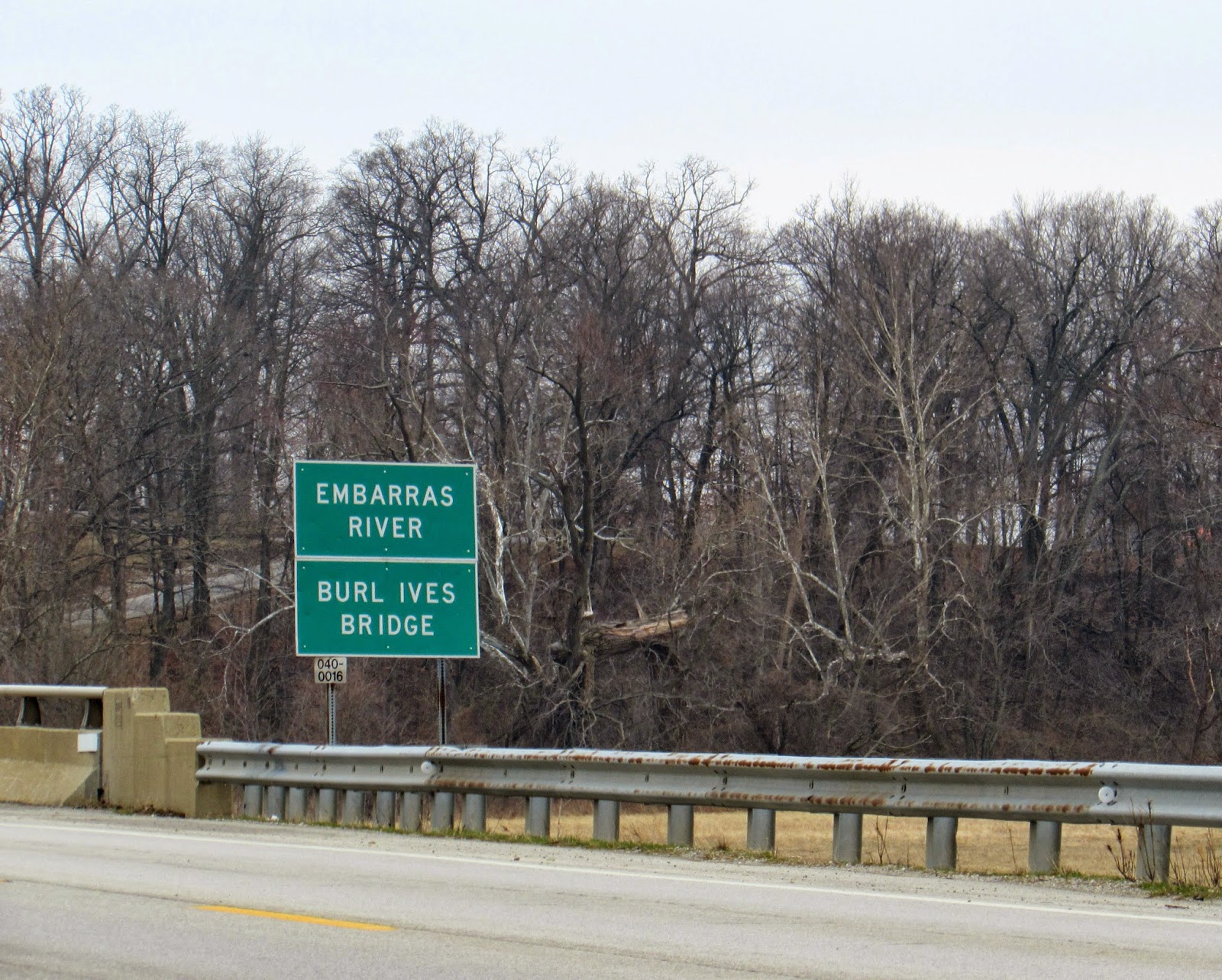 On Route 130, just north of Newton Illinois, the bridge across the Embarras (pronouned am-braw) River has been named the Burl Ives Bridge. 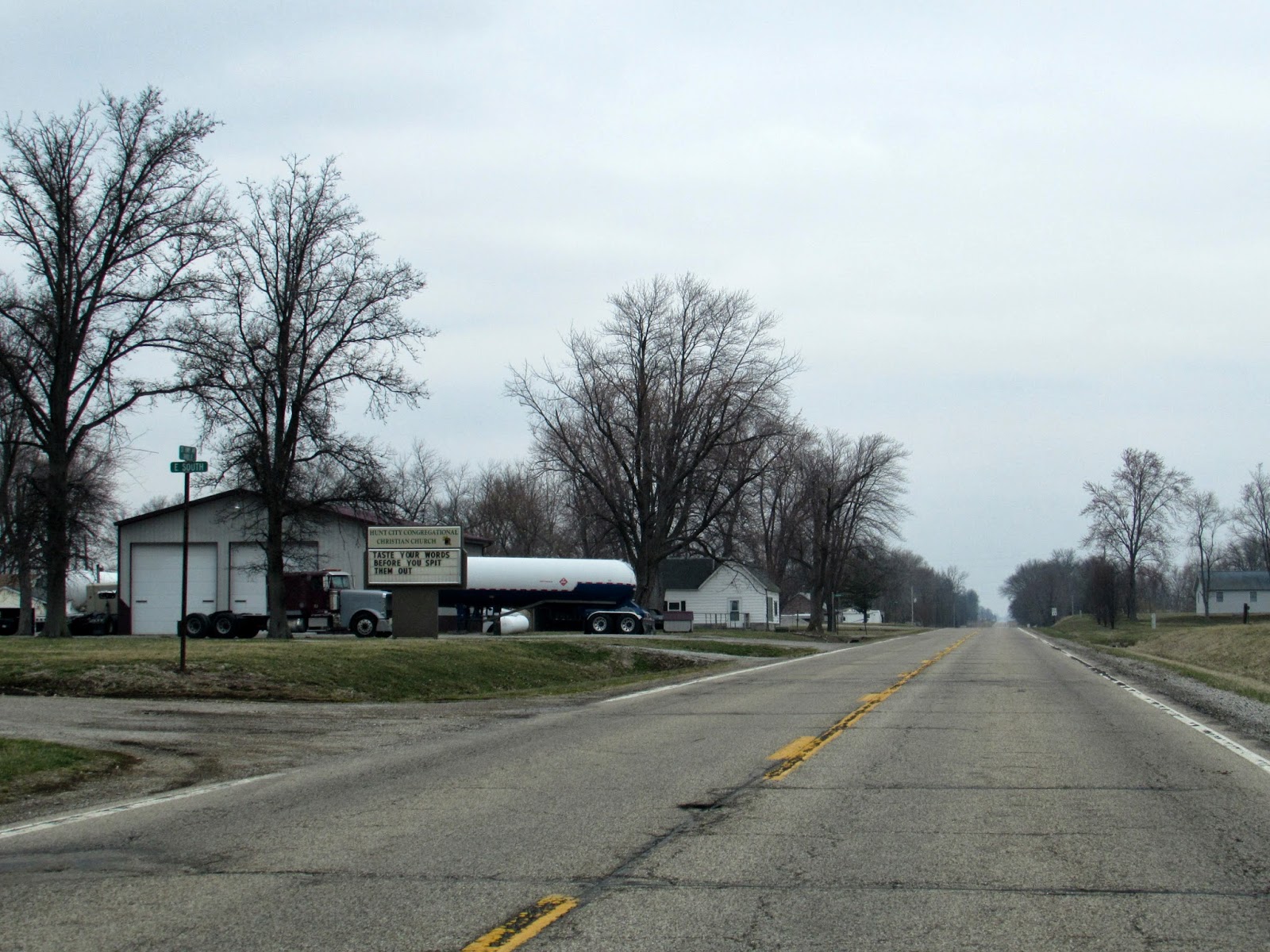 This is a view of Hunt City, Illinois, immediately after passing the Hunt City sign. There are a few houses off to the left, but don't blink or you will miss it.

tiny town with a homegrown star. :)

BIII - quite the set of initials!

i love his music. an amazing voice. i love that he was the snowman in "Rudolph the Nose Reindeer" ... his voice is perfect history for me. ( :

What a lovely post! I have fond memories of him on TV!

(ツ) from Cottage Country Ontario , ON, Canada!